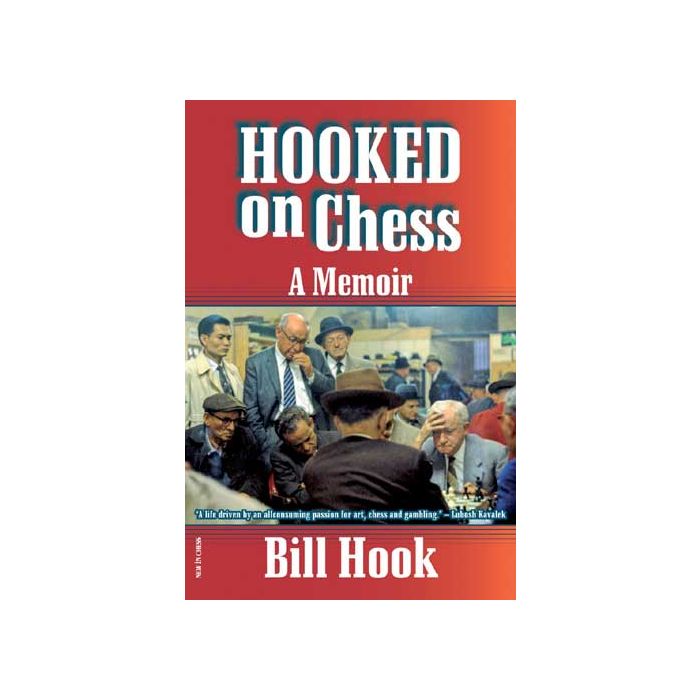 The story of Bill Hook’s life with his many passions: chess, painting, traveling, photography and blackjack.

Instead of being sent off to World War II in 1943, Bill Hook ended up in hospital for 15 months with tuberculosis. While hacking coughs echoed down the corridors the 18-year-old patient learned to play chess, a discovery that would have a defining impact on his life.

Upon his release, the novice headed directly for New York’s legendary chess club, Fisher’s on 42nd Street. He was to spend much of his next 25 years at ‘The Flea House’, where a motley crowd of amateurs, hustlers and celebrities such as Marcel Duchamp, Stanley Kubrick and New York Times music critic Harold Schonberg mingled.

With a keen eye for detail Bill Hook portrays lesser gods and famous champions, including a young Bobby Fischer, whom he beat in their first four blitz encounters.

After he had built a second home on the idyllic Cooper Island in the early 1960s, ‘Captain Hook’ began to represent the British Virgin Islands at international team competitions. He has played in a record 16 Chess Olympiads, winning the gold medal on first board in 1980.

Drawing from a sheer bottomless well of memories, the author also describes his painting career and his adventures as a fervent gambler. His passion for photography is highlighted by a fine selection of his pictures.

Lubosh Kavalek:
"A life driven by an all-consuming passion for art, chess and gambling."

IM John Donaldson, ChessToday:
"The sort of book that should be written more often."

Stephen Dann, Worcester Telegram & Gazette:
"If you ever wanted to know about colorful North American players of the 20th century, then this volume will be as entertaining as it is informative."

John Watson, The Week in Chess:
"Bill [Hook] regales the reader with tales of the eccentric players and hustlers at the club, along with the many famous personalities that passed through its doors."