Karsten Müller: Endgames of the World Champions — From Fischer to Carlsen

Karsten Müller: Endgames of the World Champions — From Fischer to Carlsen 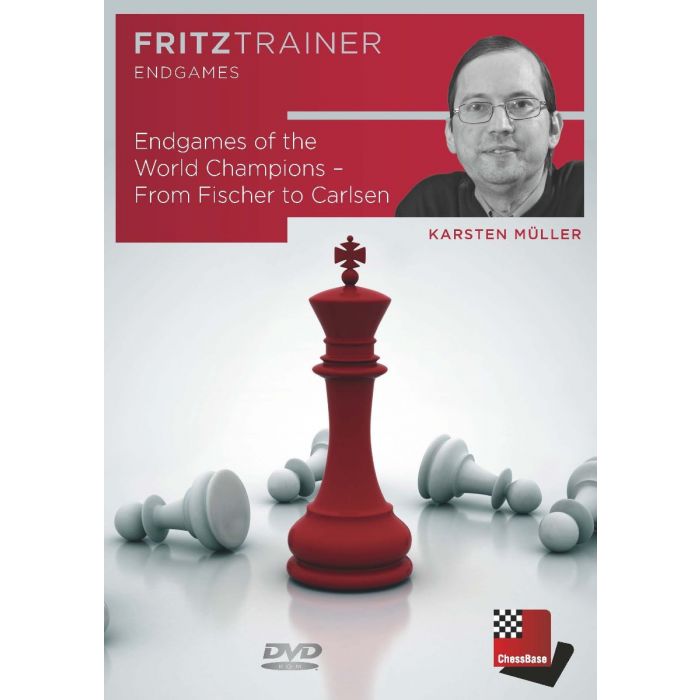 All world champions left their mark on chess. And although they had different styles each and every one of them played the endgame exceptionally well. The material on this DVD is based on the ChessBase MasterClass series, and gives you a good opportunity to enjoy some of the best endgames in the history of chess.

Enjoy how Bobby Fischer plays the “Fischer Endgames”: let Karsten Müller show you how the 11. World Champion made Petrosian and Taimanov despair in endgames with rook and bishop against rook and knight! The endgame skills of the 12. World Champion Anatoly Karpov are also legendary. To generate a decisive advantage from seemingly harmless positions – Karpov was a master of this art as is Magnus Carlsen today! Or let Garry Kasparov’s or Vishy Anand’s dynamic style and their striving for initiative inspire you. And watch how Vladimir Kramnik exasperated Kasparov with the “Berlin Wall” endgame.

Let endgame expert Dr Karsten Müller show and explain the finesses of the world champions. Enjoy highlights of chess history, e.g. the Fischer-Spassky match in Reykjavik 1972 when games were still adjourned and chess fans all over the world enthusiastically joined the endgame analyses.

Karsten Müller, born 1970, has a world-wide reputation as one of the greatest endgame experts. He has, together with Frank Lamprecht, written a book on the subject: “Fundamental Chess Endings” in addition to other contributions such as his column on the ChessCafe and ChessBase websites and in ChessBase Magazine. Müller’s ChessBase-DVDs about endgames in Fritztrainer- Format are bestsellers. In the chessbase video portal he welcomes regularly top Grandmasters for his endgame show. The PhD in mathematics lives in Hamburg, where he has also played for the HSK in the Bundesliga for more than 25 years.

The Magic of Chess Tactics 2