Karsten Müller: Endgames of the World Champions Vol. 2 - From Steinitz to Spassky

Karsten Müller: Endgames of the World Champions Vol. 2 - From Steinitz to Spassky 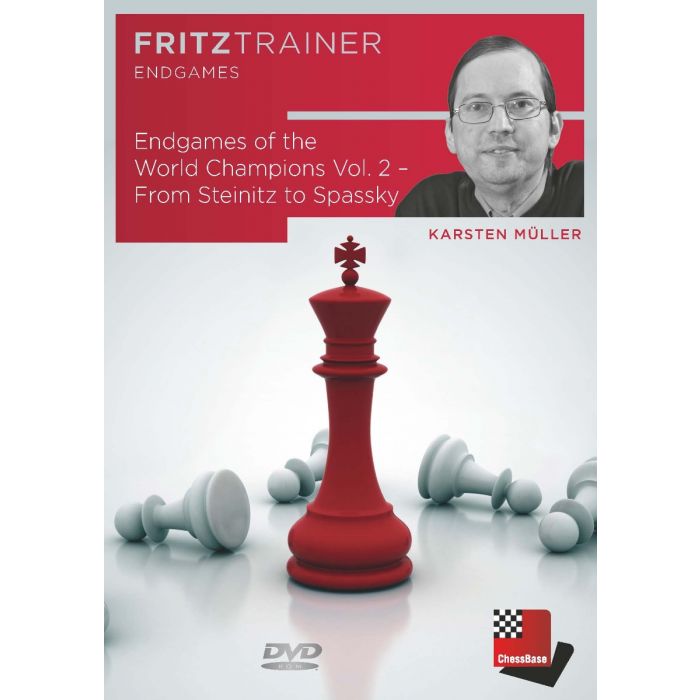 All world champions left their mark on chess. They had different styles but each and every one of them played the endgame exceptionally well. The material on this DVD is based on the ChessBase MasterClass series, and gives you a good opportunity to enjoy some of the best endgames in the history of chess.

Enjoy Capablanca’s fine technique, Tal’s magic, Lasker’s fighting spirit, Petrosian’s defensive skills, Smyslov’s feeling for harmony, and Alekhine’s and Spassky’s flair for the attack. Learn from the theoretical-scientific approach of Botvinnik, Euwe and Steinitz. The first World Champion in fact also laid the foundations of positional chess theory. He, for example, was the first to show how to restrict bishop and knight with the pair of bishops, a method that still is exemplary today. His successors built on his theories and everyone of them contributed to the theory of the endgame. Take a trip back in time to the old days when games were still adjourned and the whole world followed endgame analyses feverishly.

Karsten Müller, born 1970, has a world-wide reputation as one of the greatest endgame experts. He has, together with Frank Lamprecht, written a book on the subject: “Fundamental Chess Endings” in addition to other contributions such as his column on the ChessCafe and ChessBase websites and in ChessBase Magazine. Müller’s ChessBase-DVDs about endgames in Fritztrainer- Format are bestsellers. In the chessbase video portal he regularly welcomes top Grandmasters for his endgame show. The PhD in mathematics lives in Hamburg, where he has also played for the HSK in the Bundesliga for more than 25 years.