Concentrates on the King’s Gambit accepted with 3 Bc4.
Author
Simon Williams
Out of stock 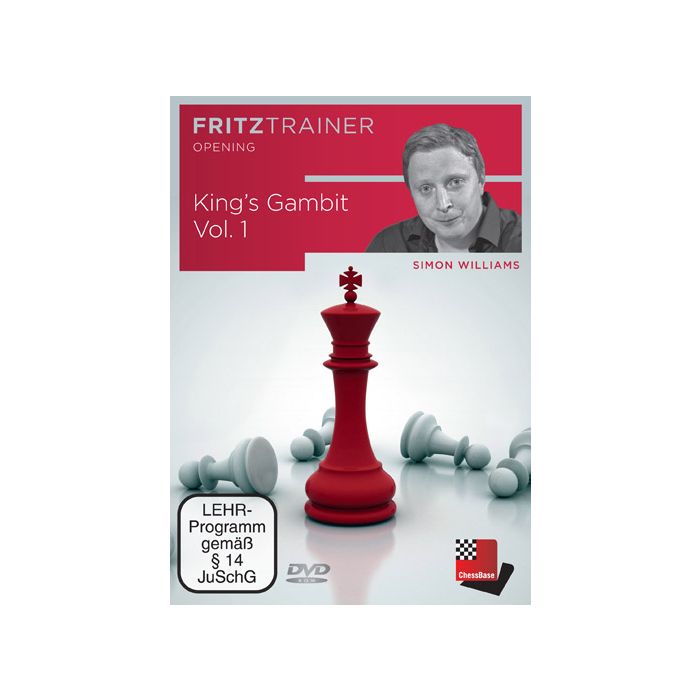 Of course things have developed a lot since Bronstein’s times, and this DVD aims to bring people up to speed with all the latest developments and new ideas that are playable, with both colours in this fascinating variation.

I have included a lot of novelties and interesting attacking variations that should wet the lips of any attacking player, looking for an interesting way of meeting 1...e5!

With the Berlin opening now leading to dull equal positions, it may well be time to start taking a look at the King’s Gambit in more detail. The opening leads to crazy interesting positions, where Black is placed under pressure from move two.

Simon Williams became a IM in 1998 and a GM in 2008. For the last 15 years he has concentrated on teaching, playing and making instructional chess DVDs. His playing style is very aggressive, preferring attacking chess to positional grinds, hence why he is perfect for DVDs on the King’s Gambit and Mazing Moves!

He is the author of numerous chess books. My first chess book. ‘Play the Classical Dutch’ got voted, in New in Chess, as one of the top 10 chess books of all time.