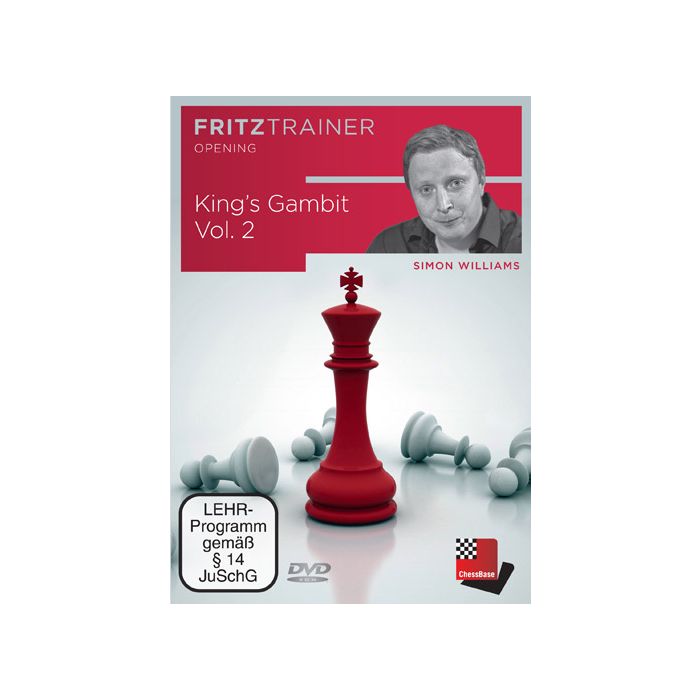 1) Some of the most interesting lines in the King’s Gambit starting with 3 Nf3, especially concentrating ‘on the refutation of the King’s Gambit (Fisher)’ 3...g5. I have given the reader a full repertoire, that they can play with 3 Nf3, so all lines are covered. We also briefly look at the crazy 3 Be2 3 d4 and 3 Nc3.

2) The King’s Gambit Declined – What happens if Black does not play 2...exf4?

Simon Williams became a IM in 1998 and a GM in 2008. For the last 15 years he has concentrated on teaching, playing and making instructional chess DVDs. His playing style is very aggressive, preferring attacking chess to positional grinds, hence why he is perfect for DVDs on the King’s Gambit and Mazing Moves!

He is the author of numerous chess books. My first chess book. ‘Play the Classical Dutch’ got voted, in New in Chess, as one of the top 10 chess books of all time.