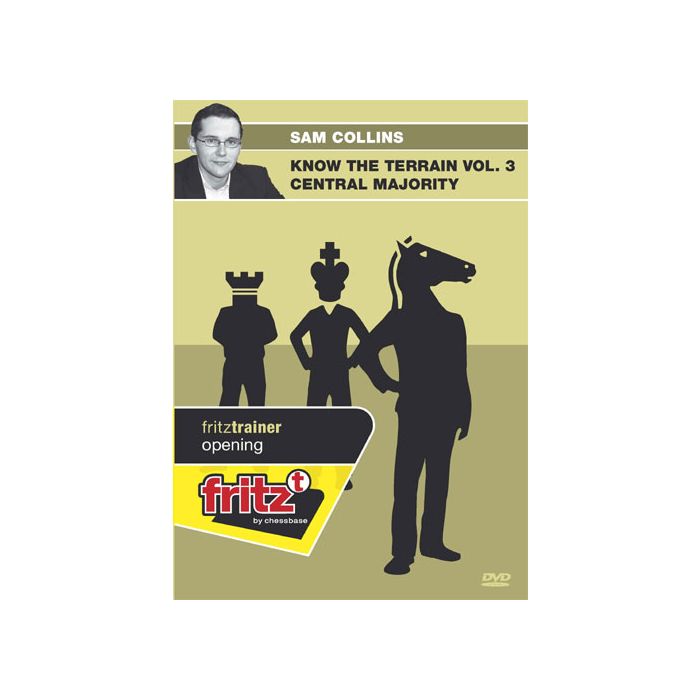 In this DVD, Sam Collins looks at the Central Majority (white pawns on a2, d4 and e4 against black pawns on a7, b7 and e7) which is characteristic of both the Grunfeld and Semi-Tarrasch Defences.

White’s space advantage gives him good chances to generate a middlegame initiative and a kingside attack, while Black hopes to reach an endgame where his outside passed pawn could be decisive.

Collins also investigates the closely related passed d-pawn structure which arises when the e-pawns are exchanged – here White has a highly dangerous passer on the d-file and the key struggle revolves around whether this pawn is a strength or, when attacked or solidly blockaded, a weakness.

White’s chances have been repeatedly demonstrated by Kramnik and Carlsen while Black’s cause has been championed by Svidler, Ivanchuk, Van Wely and Gymesi, with Kasparov generating significant ideas for both colours.