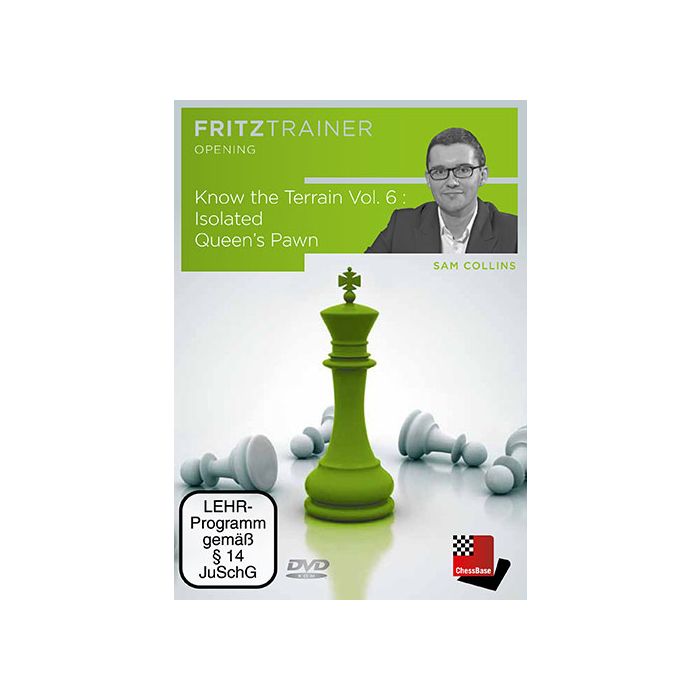 In this DVD, Sam Collins examines the Isolated Queen’s Pawn (IQP) and associated structures. Using games almost exclusively from grandmaster praxis in the last two years, Collins explains all of the major ideas for playing with and against the IQP,

including: the d5-advance, kingside attacks (including the rook lift, h4-h5 and Bxh6 sacrifices), central sacrifices (including the Rxe6 exchange sacrifice in various positions from the Petroff), queenside play and simplification, and gives some guidance on how to assess transpositions into related structures.

The universality of the IQP is illustrated by the games on this DVD, played in openings as diverse as the Nimzo Indian, Queen’s Gambit Accepted, Semi-Tarrasch, Caro-Kann, Slav, c3-Sicilian, French Tarrasch, Bogo Indian and Petroff.

A final section of questions and answers (in Chessbase’s new interactive format) tests and reinforces the reader’s knowledge of the IQP, one of the most important structures in modern chess.