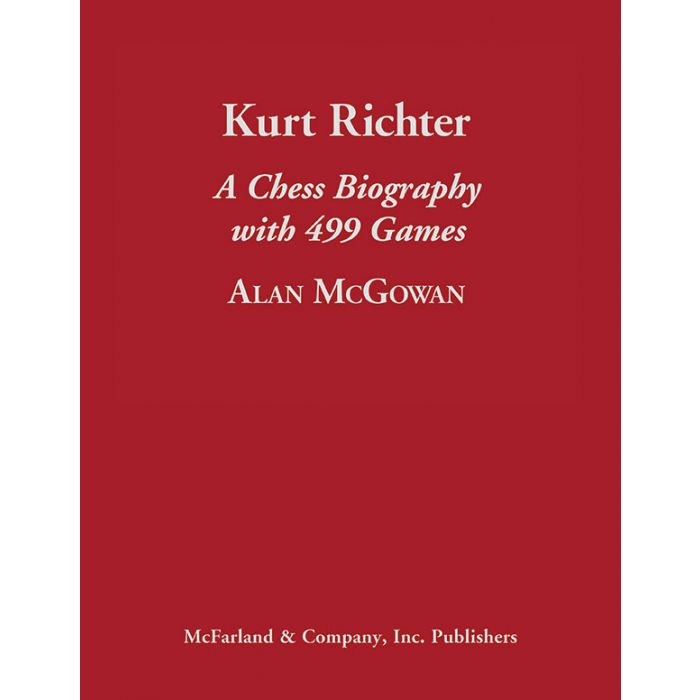 German master Kurt Richter (1900–1969) made significant contributions to the chess world as a player, and as an editor and author. Unassuming in real life, Richter was a fearsome opponent who expressed himself mainly through his over-the-board results, as well as through his chess journalism and literary output. He was responsible for several innovative openings, some of which gained renewed status in later years.

This overview of his life and games sheds light on a player who should be better known, with much never-before-seen material. Examples of his entertaining writings on chess are included, some featuring his fictitious student opponent, Dr. Zabel. A wide selection of games illustrates the surprising combinations and brilliant style of play that earned him the title “The Executioner of Berlin.”

Alan McGowan has been associated with Cathcart Chess Club in Glasgow, Scotland and the Kitchener-Waterloo Chess Club in Kitchener, Ontario, Canada.  He has helped edit Scottish Chess and Chess Canada Échecs and is the historian for Chess Scotland. He lives in Waterloo, Ontario.