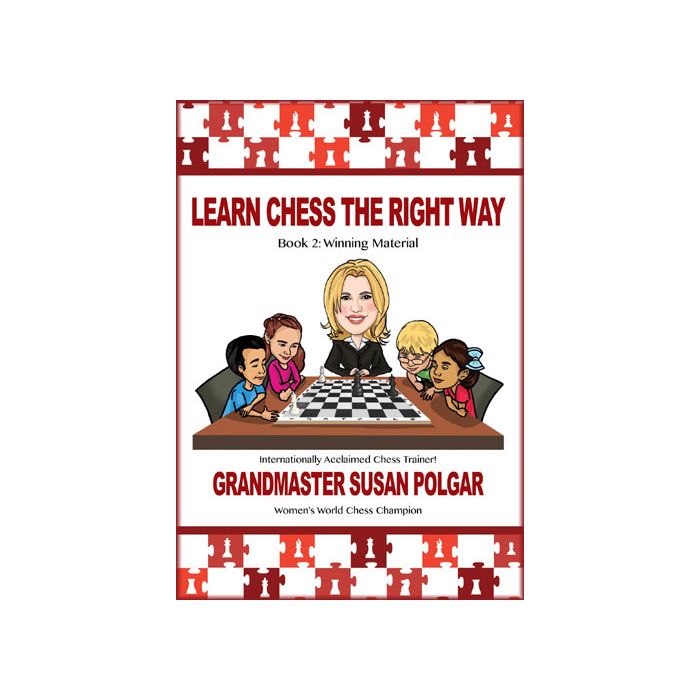 Learn Chess the Right Way is a five-volume chess puzzle book series aimed at the novice, beginner and intermediate level player, using the unique methods of the award-winning coach and former world champion Susan Polgar. It introduces the most important checkmate and material-winning tactics, as well as defensive techniques to the new chess player. Each of the five volumes will consist of 500 puzzles.

Volume 2 is all about “winning material” exercises. In each of the first six chapters a certain piece captures an enemy piece (in chapter 1 – The Queen, in chapter 2 – The Rook, and so on). In chapter 7, you will get no hint about which piece should be moved. In chapters 8-12, the most common and important chess tactics (such as decoy, fork, pin, discovery and skewer) are introduced. Finally, in chapter 13, in addition to the previously mentioned patterns, you will need to figure out which tactical pattern to use to win material, including concepts like “trapping a piece” or “intermediate move.”