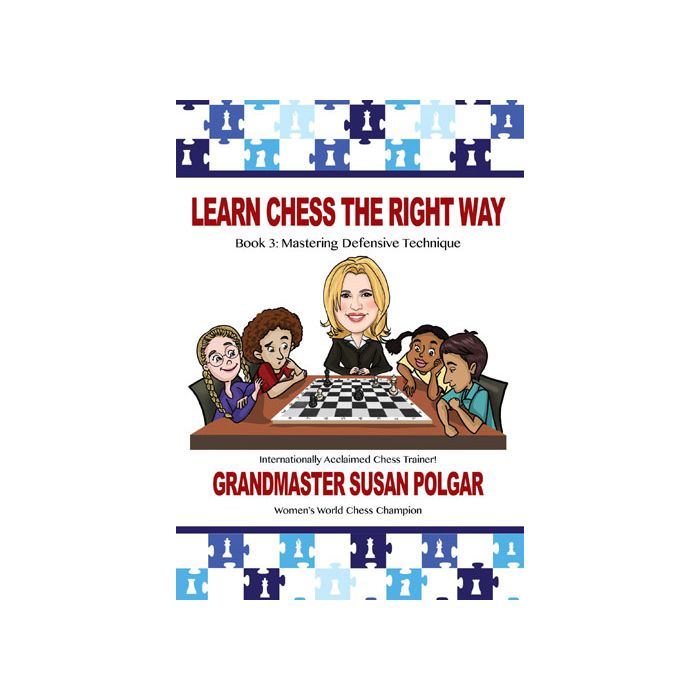 Learn Chess the Right Way is a five-volume chess puzzle book series aimed at the novice, beginner and intermediate level player, using the unique methods of the award-winning coach and former world champion Susan Polgar. It introduces the most important checkmate and material-winning tactics, as well as defensive techniques to the new chess player. Each of the five volumes will consist of over 500 puzzles.

In Volume 3, you will be introduced to 500 must-know defensive techniques. Each chapter will start with a few introductory examples and explanation about to what to look for in the puzzles that follow.

In chapter 4, we focus on defensive ideas against a direct checkmate threat. In chapter 5, one side “defends” by counter-attacking. In chapters 6 and 7, you will be introduced to the game-saving techniques of drawing by stalemate or perpetual check. In chapter 8, the task is to catch a pawn that is about to promote. In chapter 9, a certain piece is about to get “trapped.” The task is to prepare for the attack and avoid material loss. Finally, in chapter 10, you can practice solving a variety of defensive ideas, with the goal to avoid or minimize material losses or being checkmated.