Save 35% on both items combined
Sample Pages 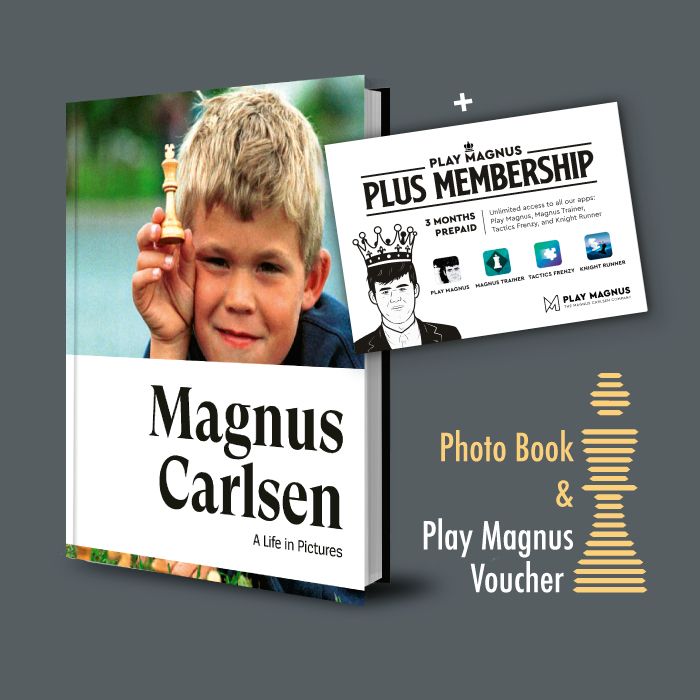 Save 35% on both items combined

Combine 3 Months of Full Access to all four Play Magnus apps with a new hardcover picture book: Magnus Carlsen – A Life in Pictures tells the story of the World Champion in more than 200 photos, including many intimate family pictures.

About the Play Magnus voucher:

3 months prepaid Plus Membership with unlimited access to all four Play Magnus apps:

About the Magnus Carlsen photo book:

Magnus Carlsen: A Life in Pictures tells the story of the reigning World Chess Champion. Magnus Carlsen, born in 1990 in Oslo, Norway, became a Grandmaster by 13. Carlsen was crowned World Champion in 2013 when he defeated Anand and has successfully defended his title three times. He will again play for the title in November in Dubai.

Carlsen is a family man, often surrounded by his father, mother and sisters. As a sports fanatic, he plays – and follows – football and basketball. He doesn’t shy away from his celebrity status and was both a G-Star model and a Real Madrid  VIP guest. But his most genuine smile breaks through when he talks chess with his youngest fans, the kids in a chess tournament.