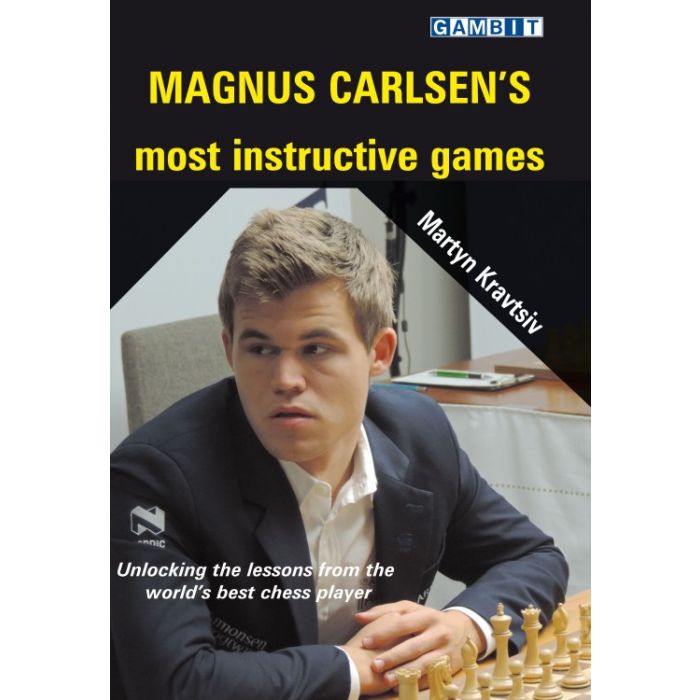 Magnus Carlsen is the greatest chess player of the 21st century. His tactical wizardry, strategic inventiveness, technical expertise and legendary fighting spirit put him head and shoulders above all other players. They also make his games tremendously instructive.

To extract the best lessons from this amazing source material, Gambit has commissioned Martyn Kravtsiv, a Ukrainian grandmaster from the same generation as Carlsen (in fact, they were born just a few days apart). He has annotated these 42 games from a thoroughly modern perspective and with an innate understanding of the impact Carlsen’s play has had on modern chess.

In each game Kravtsiv picks out a key point – the Magnus Moment – where Carlsen demonstrates the special insight that sets him apart from other players. Perhaps he clarifies a messy situation, confident in his technical ability. Or sacrifices to gain practical chances in a game that has not gone to plan. Throughout, the emphasis is on how Carlsen makes life hard for his opponents in any way he can, whatever the objective assessment of the position on the board.

Each game is a themed lesson on an important chess topic. The bulk of the book addresses the fight for advantage and initiative in the middlegame, but there are also chapters focusing on opening ideas, endgame play and human factors.

Martyn Kravtsiv is a grandmaster from Lviv, Ukraine. His tournament results include tied first places at Cappelle in 2012 and the 2015 Ukrainian Championship. He represented his country at the 2017 World Team Championship and was a coach for the team that won silver medals at the 2016 Olympiad.