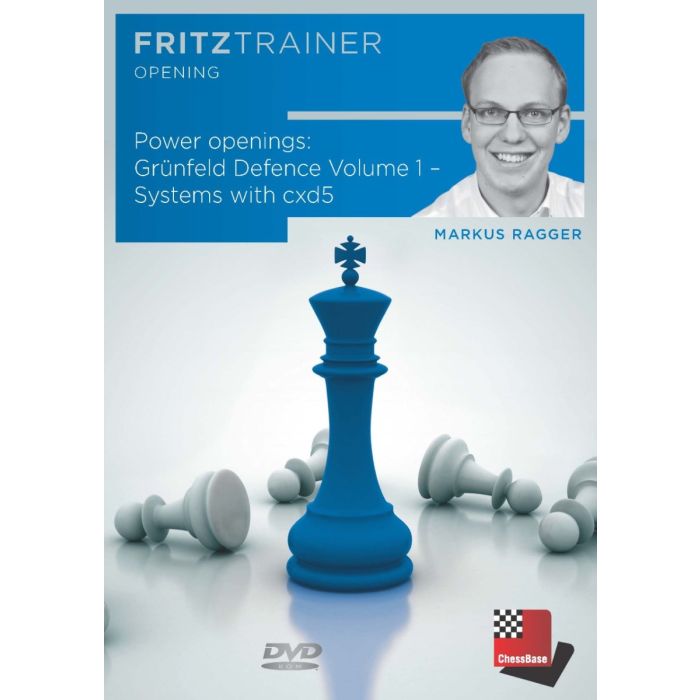 You are looking for an active answer to 1.d4? Then the Grünfeld Indian is an excellent choice! Not by chance this opening is one of the main weapons of some top grandmasters: with active play and emphasis on tactics, Black counters White’s strong centre, immediately facing him with concrete problems.

In this video course, the Austrian number 1 and Grünfeld expert Markus Ragger gives you the necessary knowledge to outplay your opponents with the Grünfeld. In over 10 hours (volumes 1 and 2), he presents the most important main and side lines. Subsequently, you have the chance to apply your freshly acquired knowledge in interactive video format, finding the right moves in response to the author’s questions. What’s more, you can practice the repertoire and play out the Grünfeld structures against the computer. So - start studying the Grünfeld right away!

Markus Ragger is a grandmaster, Austrian number 1 and the strongest chess player in the German-speaking world. He became multiple Austrian national champion and represents Austria in Olympiads and team championships at the first board. He has already exceeded 2700 ELO in his career and has been among the top 100 in the world for over 10 years.