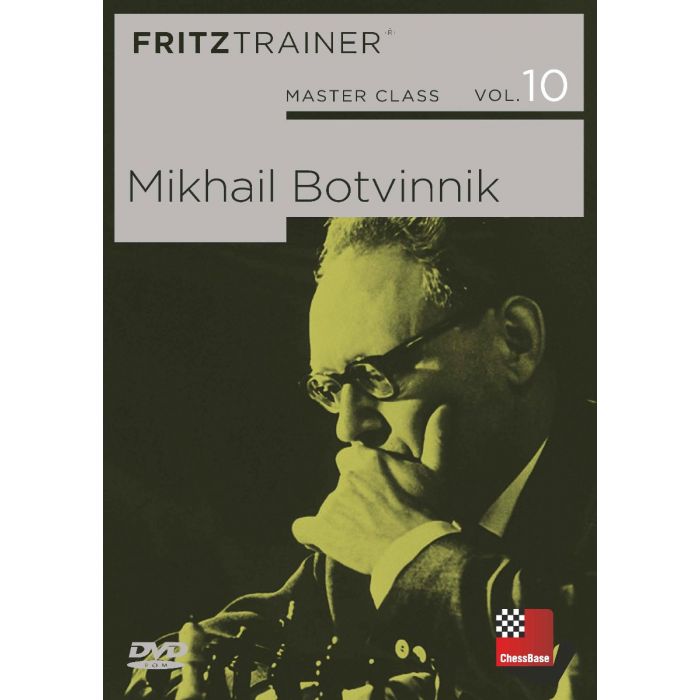 Mikhail Botvinnik became world champion in 1948 and remained so until 1963. During this time he either successfully defended his title against David Bronstein, Vassily Smyslov and Mihail Tal or got it back in a return match.

The systematic, scientific method of working in chess begins with Botvinnik. He studied openings with respect to their typical middlegame structures and for those he developed successful strategies. The strategic approach runs like a red thread through Botvinnik’s work. Towards the end of his active career, the 5th world chess champion, known in the Soviet Union as the “patriarch”, founded a chess school and passed on his knowledge to numerous bright students. Amongst his students were, for example, Garry Kasparov and Vladimir Kramnik.

On this DVD grandmasters and experts such as Yannick Pelletier, Mihail Marin, Oliver Reeh and Karsten Müller show, using the games of Mihail Botvinnik, how to employ specific openings successfully, which model strategies are present in specific structures, also how to find tactical solutions and solid rules for how to bring endings to a successful conclusion. Anyone who would like to win his or her games in a positional manner and where possible without tactical risks will find in the games of Mikhail Botvinnik valuable guidelines. Many of his games belonged in the days of the “Soviet School of Chess” to the basic education of young players in strategy and endgame play and even today are still of incalculable value as guides to the successful conduct of a game.