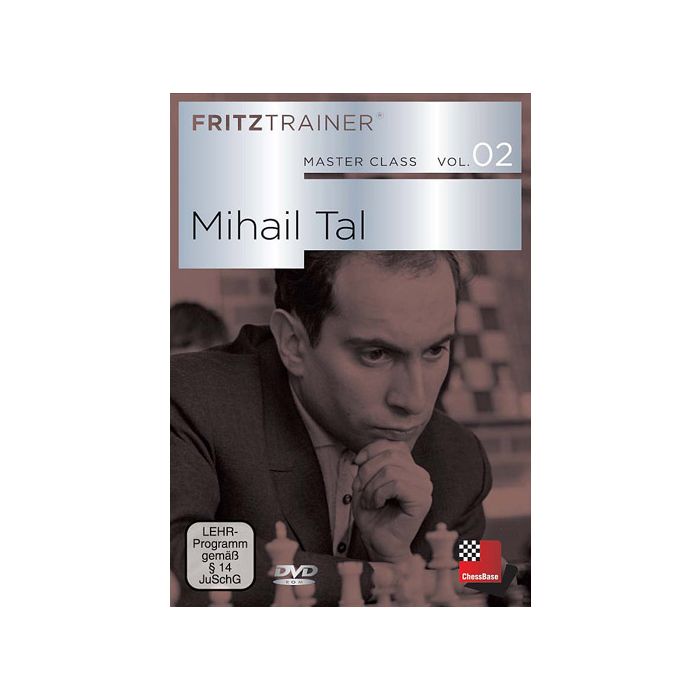 No World Champion has enchanted the chess world as much as Mihail Tal did. His reign as World Champion was short but in his time Tal’s star burned with unknown intensity. With his combinations and his intuitive sacrifices the young Tal ran over his opponents, and thrilled the chess world with his risky uncompromising attacking play, which inspired many players to emulate him.

In 1960 he beat the reigning World Champion Botvinnik but one year later he lost the title of World Champion again in a return match of doubtful competitive value. But even though Tal was no longer World Champion, he still remained one of the best players in the world.

At eight chess Olympiads he won gold with the Soviet team. Six times he became USSR-Champion. In 1973/74 he managed to remain unbeaten in 93 consecutive games, a still unmatched record. In 1988 he won the Blitz World Championship. Despite his frail health Tal enjoyed life to the fullest and was a funny and brilliant man, who loved nothing more than chess.

Through the games of Mihail Tal this DVD provides a unique access to the realm of chess tactics. Tal’s colleagues dubbed their tactical guru „Magician“, because in his games seemingly incomprehensible moves in the end blended into a successful whole, as if by magic. But Tal was also a master of strategy and endgame play.

On this DVD Dorian Rogozenco, Mihail Marin, Oliver Reeh and Karsten Müller present the 8. World Chess Champion in video lessons: his openings, his understanding of chess strategy, his artful endgame play, and finally his immortal combinations.

In an interactive test they invite you to try to find combinations like Tal did. The DVD also contains all games by Tal, many of them annotated, plus comments and tournament tables.