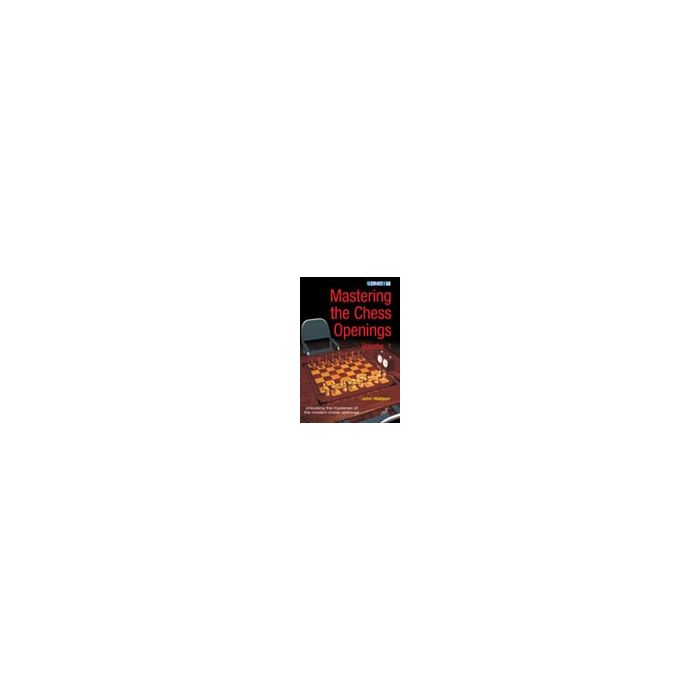 About / Mastering the Chess Openings - Volume 1

First impression: John Watson's "Mastering the Chess Openings - Volume 1" seems to have what it takes to become another Watson classic!

Watson starts with 86 pages of general opening advice, especially focusing on 'structure'. He then moves on to extensively explaining the ideas behind the open games and semi-open games and 'interconnects' to other openings while explaining the subject opening. A revolutionary concept!

For many chess-players, opening study is sheer hard work. It is difficult to know what is important and what is not, and when specific knowledge is vital, or when a more general understanding is sufficient.

Tragically often, once the opening is over, a player won't know what plan to follow, or even understand why his pieces are on the squares on which they sit. John Watson seeks to help chess-players achieve a more holistic and insightful view of the openings.

In his previous books on chess strategy, Secrets of Chess Strategy and Chess Strategy in Action, he explained vital concepts that had previously been the domain only of top-class players. Moreover, he did so in ways that have enabled them to enter the general chess consciousness of club players. Here he does likewise for the openings, explaining how flexible thinking and notions such as 'rule-independence' can apply to the opening.

In this major two-volume work, Watson presents a wide-ranging view of the way in which top-class players really handle the opening, rather than an idealized and simplified model.

This volume, focusing on king's pawn openings, is a book that will make chess-players think hard about how they begin their games, while offering both entertainment and challenging material for study in openings such as the Sicilian and Ruy Lopez.

International Master John Watson is one of the world's most respected writers on chess. His groundbreaking four-volume work on the English firmly established his reputation in the 1980s, and he has produced a string of top-quality works since.