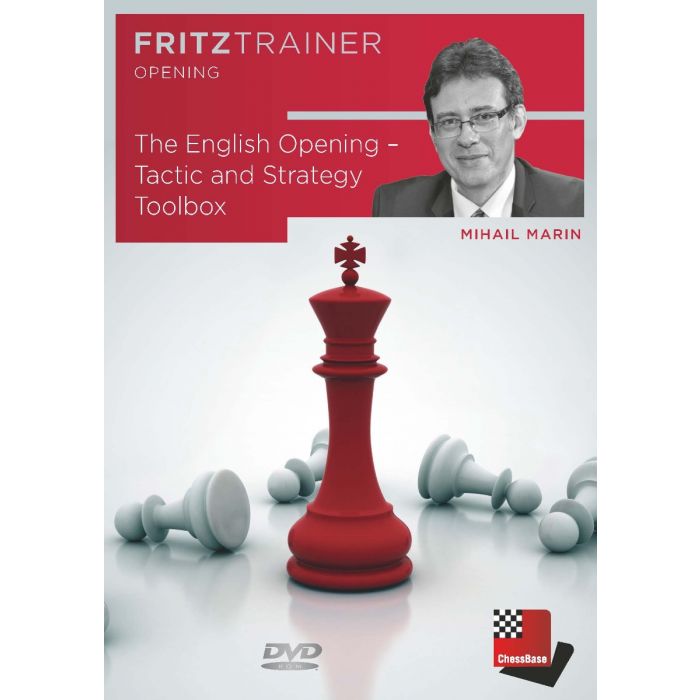 Widely regarded as a positional opening, the English essentially features a tight connection between strategy and tactics or, as an even more fateful description, between statics and dynamics.

Play starts in a slow mode, indeed, with White trying to set up a control over the light squares with the help of his mighty bishop on g2, but later a crucial moment inevitably arises when concrete decisions are needed to crown his previous strategic play. Depending on the situation, this may be an unexpected combination, switching to dynamic play or to an apparently different plan. But a well conducted English opening game ideally looks like a harmonious whole, with strategy and tactics as two facets of the same truth.

The tests included on this DVD are aimed at explaining all these aspects, actively involving the viewer into the process. While the material is structured according to general patterns and structures, the character of the solutions (tactical or strategic, for instance) varies depending on the concrete circumstances in each example. This DVD is a good way to refresh your repertoire as well as to start with the English and get an idea of how to play the opening without learning tons of theory.

Mihail Marin, born in 1965, has several times been Romanian champion and first made the leap over the Elo barrier of 2600 in 2001. Marin possesses a rare gift for a grandmaster - he is able to explain in readily comprehensible terms the ideas behind moves, variations and positions. This ability is there for all to admire in his contributions to ChessBase Magazine. Marin has written some books which have earned the highest of praise.