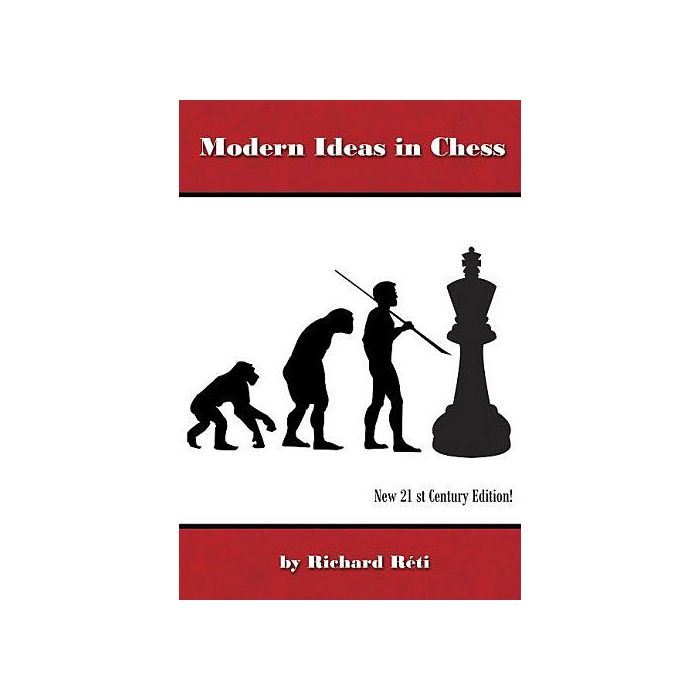 Modern Ideas in Chess is a series of 45 essays dealing with the evolution of the game, its leading players, their ideas and contributions to their respective periods.

The chronology starts in the Romantic era of Anderssen and Morphy, continues through the Classical School of Steinitz, Tarrasch, Lasker, and runs to the dawn of the Hypermodern Revolution; the 70-year stretch from 1852 to 1922.

Working in small chunks Réti had to be selective in what he extracted from each player and period. Plus the individual elements all had to tie in with the larger canvass Réti was painting for his readers.

You don't have to get too far into the book to realize that Réti was a creative artist using the tension of chess ideas to reflect the larger intellectual struggle of mankind.

How does Réti do it? A solid chess foundation obviously helps, also keen observation of the human experience coupled with a powerful command of language. Together these serve up indelible images that stick in the mind of the reader and lift this work far above the ordinary.

Modern Ideas in Chess is one of the rare books that transcends the time frame in which it was written. It stands on its own, timeless, one of the true classics in the literature of the game.

Popular author Bruce Alberston has converted the older descriptive notation to modern algebraic and added many diagrams to produce an outstanding modern 21st Century Edition of this timeless classic.

John Watson, The Week In Chess:
"'Modern Ideas in Chess' was my second or third chess book, and it was one of the most inspiring works I've read before or after; I'm not sure that I would have continued to play chess without it (..) It's hard to imagine how anyone interested in the history of chess or matters of chess style and philosophy could do without this book."