Caruana’s style is universal. He is a very dangerous attacking player who is also equally at home in quiet strategic positions or manoeuvring in an endgame.
Author
Cyrus Lakdawala
Sample Pages 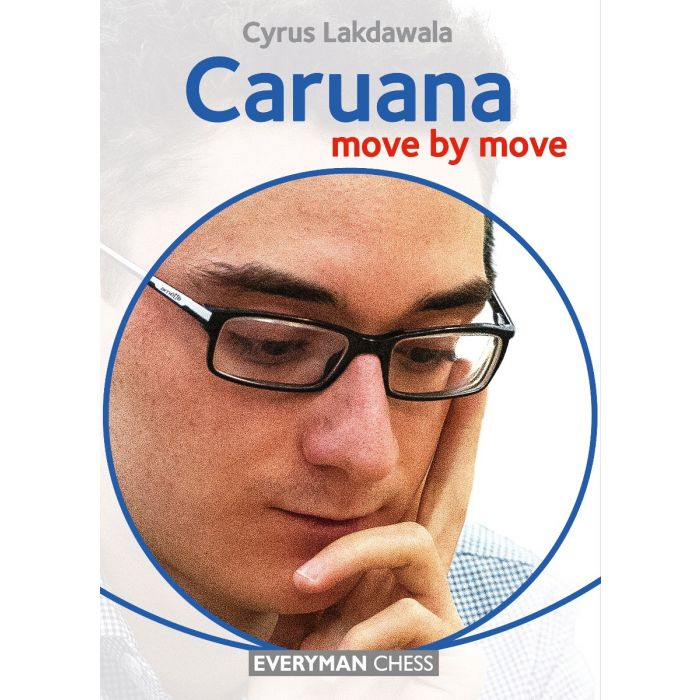 Italian-American grandmaster Fabiano Caruana is the perfect role model for any aspiring player. Already a very strong grandmaster, he announced his presence as a leading contender for the world title in 2014 when he scored an incredible 8½/10 (including seven straight wins from the first seven games) in the Sinquefield Cup in St Louis. This was an elite event where he finished an astonishing three points clear of Magnus Carlsen, whom he will challenge for the world title in late 2018. Caruana earned this right thanks to his fine victory in the Berlin Candidates where he scored 9/13 and finished a point clear of a world class field.

Caruana’s style is universal. He is a very dangerous attacking player who is also equally at home in quiet strategic positions or manoeuvring in an endgame. In this respect he is the epitome of the modern grandmaster, being a hard-working and determined fighter who prepares thoroughly and plays with great determination and accuracy.

The Move by Move series provides an ideal format for the keen chessplayer to improve their game. While reading you are continually challenged to answer probing questions – a method that greatly encourages the learning and practising of vital skills just as much as the traditional assimilation of chess knowledge. Carefully selected questions and answers are designed to keep you actively involved and allow you to monitor your progress as you learn. This is an excellent way to study chess while providing the best possible chance to retain what has been learnt.