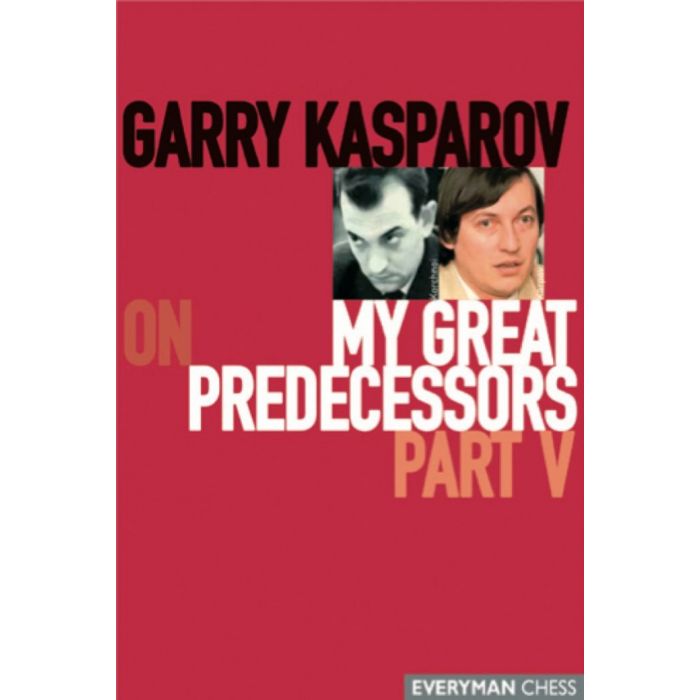 About / My Great Predecessors Part V

This book, the fifth in Garry Kasparov's magnificent history of the World Chess Championship, catalogues the "post-Fischer" period in the 1970's and early 1980's This period was dominated by Anatoly Karpov (world champion from 1975-1985) and his three-time challenger, Viktor Korchnoi.

Anatoly Karpov gained the right to challenge Bobby Fischer for the world title by winning through the Candidates series in 1974. As is well known, Fischer refused to defend the title and in 1975 Karpov became champion by default. Although he did not have to contest a Championship match to gain the title, Karpov proved that he was a worthy champion by winning virtually every major tournament over the next decade.

In this book, a must for all serious chessplayers, Kasparov analyses deeply Karpov's greatest games and assesses the legacy of this great Russian genius. Also under the microscope are the games of Viktor Korchnoi, who was at his peak during this period and twice challenged Karpov for his world title.