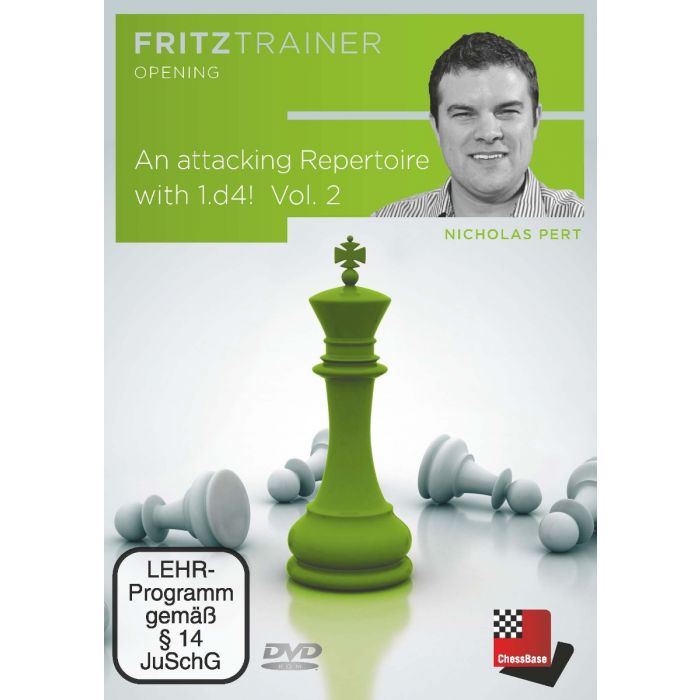 In this “two-part” video series I take a look at a main line White system based on 1.d4. This series is aimed at the ambitious player who is looking to put maximum pressure on their opponent from the start of the game.

In this DVD I consider positions in which Black plays without an early d5. The start position of this DVD is 1.d4 Nf6 2.c4. This DVD focuses on a White system against openings such as the Nimzo-Indian, Benoni and Benko. Please note that the Grunfeld and Kings Indian variations (2...g6) are not covered in this DVD.

There are many aggressive, fresh ideas designed to cause problems for Black players. My chosen lines tend to be very attacking, aiming to quickly fight for control of the centre and an early attack on the Black king. There is also a lot of original analysis included. This video series considers how to tackle the Nimzo-Indian using the move 4.Qc2. Various Benoni lines are considered, the main line, Czech, Snake, Late and Old Benoni. Some fresh, aggressive, attacking ideas have been considered against the Benko Gambit and Blumenfeld. In addition I have looked at how to play against 2...b6, the Budapest and Fajarowicz.