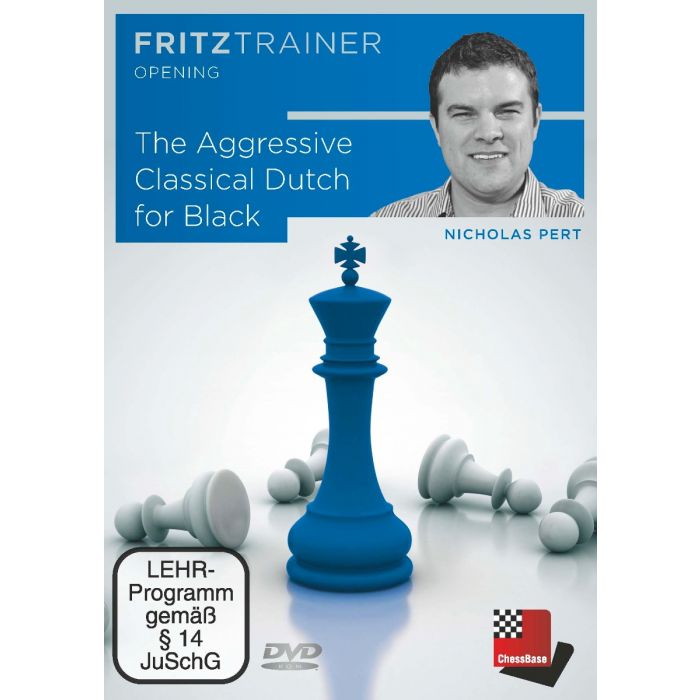 About / Nicholas Pert: The Aggressive Classical Dutch for Black

The Dutch (1.d4 f5) is known as a very aggressive and unbalanced opening, resulting in the lowest percentage of draws among the most common replies to 1.d4. The opening became popular during the 1951 World Championship match, where both players tried it successfully. Today, players known for spectacular attacking chess are using the opening as a dangerous, surprise weapon.

The DVD can be seen as the most up to date analysis of the Classical Dutch as Pert has considered existing analysis from other top authors and suggested many innovations and improvements. The suggested repertoire aims to find ways for Black to create winning chances in all variations. Lots of ideas and positions are still untested, so there is a lot of potential for everybody to get into undeveloped theory and discover new, exciting territory.

In the first part of the DVD, some general ideas of the Dutch are illustrated in model games. In the following chapters White’s main choices, all connected to the kingside fianchetto, are analyzed in a very structured and detailed way. Afterwards, all of White’s other possibilities and setups are discussed.

After watching this DVD players should feel confident to play the exciting, attacking Classical Dutch against 1.d4, 1.c4 and 1. Nf3.