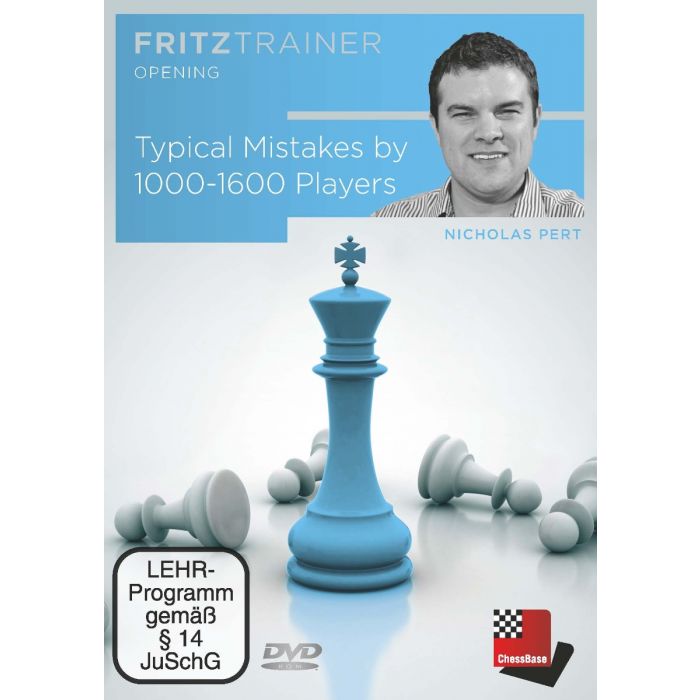 After the success of the Typical Mistakes videos aimed at higher rated players, I have decided to focus on mistakes that are made by players rated from 1000-1600. Within the video series there are several chapters, and each chapter comprises a theme for games played between players rated between 1000-1600. Several games are explained and then there are many interactive examples for the viewer to have a go at themselves. Hopefully this will not only help the viewer to improve their own game, but also motivate you to work harder on areas where there may be a weakness.

The chapters focus on key areas such as “Tactics”, “Openings”, “Endgames”, “Attacking” etc. Each chapter will show several games followed by interactive examples. There are also some summary games which highlight several typical mistakes which are made in the same game.

GM Nick Pert is a chess grandmaster from England who has regularly played for the England team in Olympiads and European Team Championships. He is a former World U18 chess champion and is well known for coaching England’s rising junior chess stars.