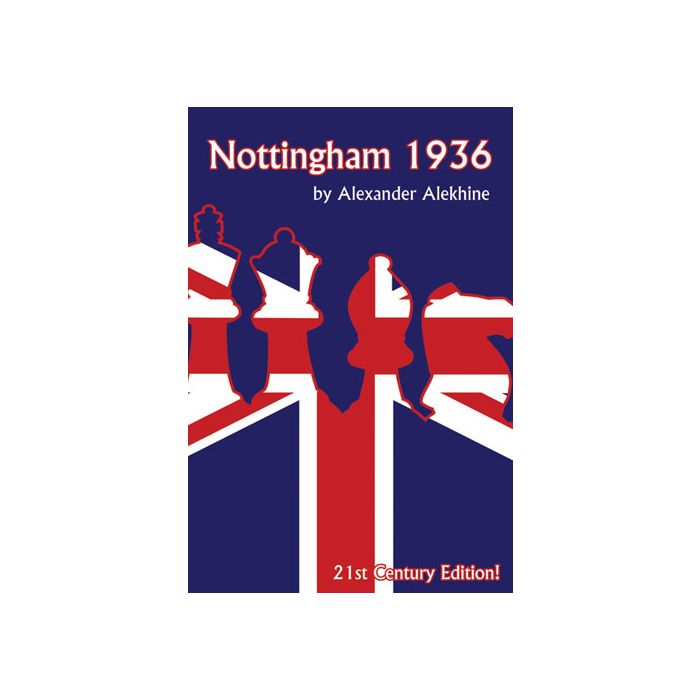 The great international chess tournament at Nottingham, 1936 has taken its place next to other legendary tournaments such as St. Petersburg 1909, London 1922 and New York 1924.

It set a record by featuring, for the first time, four men who had held the world championship title – José Capablanca, Alexander Alekhine, Max Euwe (the then reigning champion) and Emanuel Lasker.

The champions were expected to be challenged if not surpassed at Nottingham by four young candidates, Sam Reshevsky, Reuben Fine, Salo Flohr and, in only his second trip to a foreign tournament, Mikhail Botvinnik, who turned 25 mid-tournament.

Also, Nottingham saw the first game between Alekhine and Capablanca since their world championship match nine years before and their ensuing bitterness over a rematch. The tournament was, in short, a very rare event.

Andy Soltis:
"This was the last of Alekhine's splendid tournament books and it helped make Nottingham a legend."

MarshTowers.com:
"To see the games from such a strong event fully annotated by a World Champion is a treat indeed (..) The annotations are refreshingly verbal in the main, with not too many long variations (..) This is an eminently readable and highly enjoyable account of a fascinating tournament."