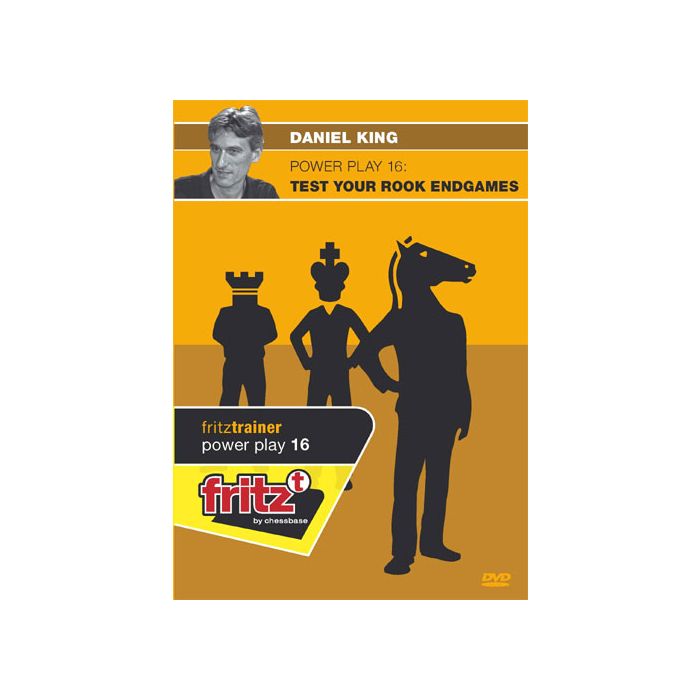 The aim of this DVD is to provide you with the practical skills and knowledge that you will need to play a rook and pawn endgame. Based on his own playing experience, Grandmaster Daniel King reveals what is essential knowledge, saving you time in your studies.

The first section of the DVD compromises some basics – common positions you simply must understand if you enter a rook and pawn endgame, such as rook and pawn against rook.

In the second section common scenarios are discussed, for example, endgames with all pawns on one wing, and endgames where one side has an extra pawn on one side of the board.

In the third section you can gauge your knowledge by studying some specially prepared test positions. The Power Play series is suitable for anyone looking to improve their chess, but also provides ready-made lessons and exercises for a trainer.