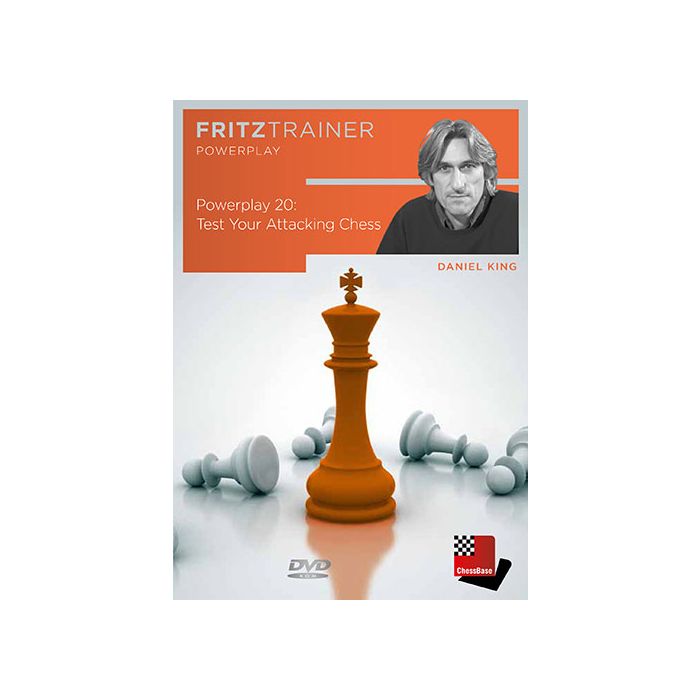 Every chessplayer should have the ability to play a direct attack against the enemy king. Positional chess is important but one has to be able to recognise when to launch an attack. Checkmate ends the game. This DVD has two aims:

Using the new Fritz Trainer interactive system, Grandmaster Daniel King presents ten exemplary attacking performances. At key moments he stops and asks you to play a move. King then gives feedback on the most plausible continuations using video clips. It’s the next best thing to having your own personal trainer!

Grandmaster Daniel King a professional chess player for more than 20 years. Besides his chess career, he has built up a reputation as a commentator on television, radio and the internet. He is also an award-winning author of more than 15 books.