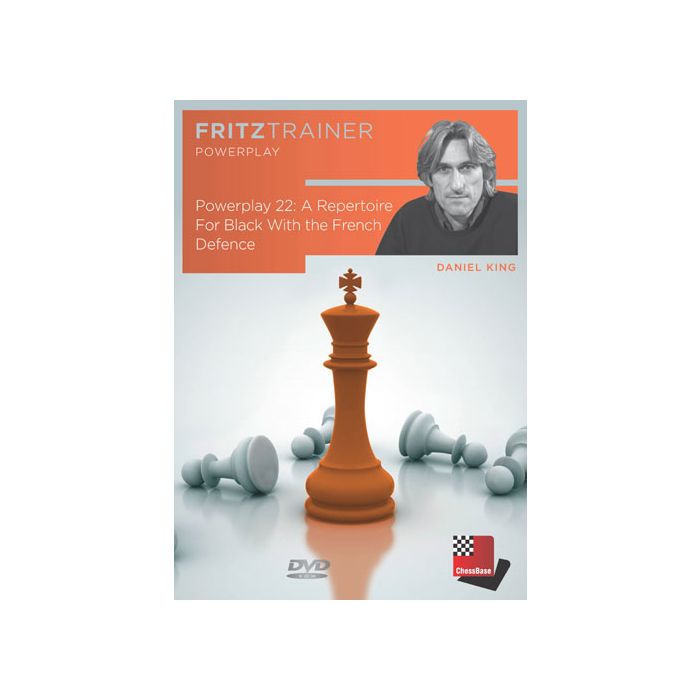 The French Defence is one of the most reliable openings against 1 e4. The solid central pawn chain protects Black’s king and provides the basis for counter-attacks on both wings.

On this DVD Grandmaster Daniel King offers you a repertoire for Black with the French. Based around ten stem games, all White’s major lines against the French are covered. The French Defence is one of the most flexible of openings.

This DVD explores different systems so that you can always keep your opponent guessing as to your choice.

Daniel King (born 1963) is a Grandmaster, has been a professional chess player for more than 20 years and has represented his country in numerous competitions, amongst others in the historic win by the English over the Soviet Union in 1990 in Reykjavik. King is the author of more than 15 chess books and has wealth of experience as a trainer, assisting many of England’s leading players.

He is also well known for his broadcasting on TV, radio and the internet, commentating major chess events. To the delight of chess fans worldwide, he hosts his monthly "Powerplay" show on the world's largest chess server, Playchess.com. He contributes to ChessBase Magazine, with the popular column "Move by Move". King has also produced the highly praised PowerPlay DVD series for ChessBase. King lives in London.