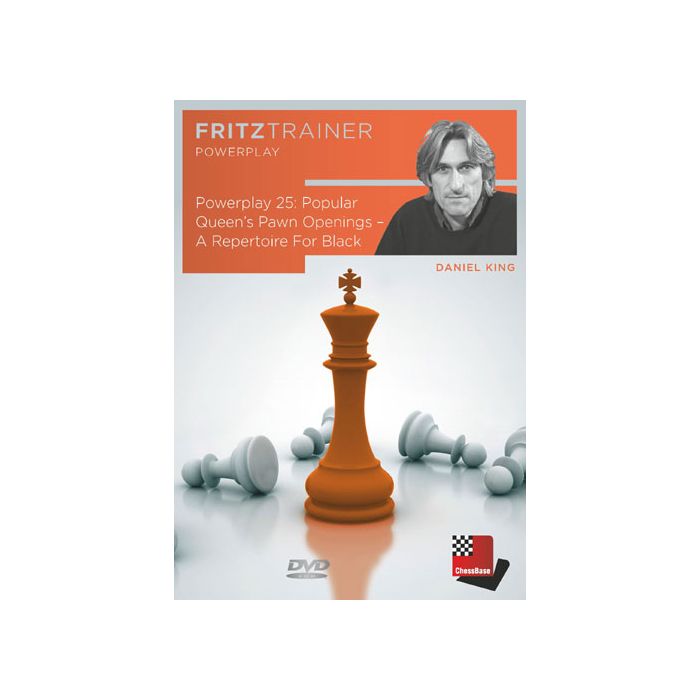 Openings such as the London System and the Trompowsky, once considered side lines, are now just as common in the professional game as at club level. White aims to avoid complex theoretical lines and to start from a solid basis. Yet these openings are not without bite.

On this DVD, Grandmaster Daniel King presents a repertoire for Black allowing you to face these systems with confidence. The aim of these recommendations is to come out of the opening with sound development, a sound pawn structure, a secure king, and a dynamic position that gives winning chances. When playing with Black, that’s a bargain! Complete games are discussed so that one gains an idea about typical strategies for both sides. More than that, these model games provide inspiration to play the opening.

This is an interactive DVD. At key moments Grandmaster King pauses and puts you on the spot. You will have to find and play the best move. He then gives feedback in further video clips according to the move you chose. The repertoire on this DVD fits in with the openings recommended on Power Play DVDs 23 & 24 – the Queen’s Gambit Declined and a Repertoire for Black against the Catalan.The systems covered on this DVD are the Colle-Zukertort, the London System, the Jobava Variation (1 d4 d5 2 Nc3 Nf6 3 Bf4), the Veresov, the Blackmar-Diemer Gambit and the Trompowsky.