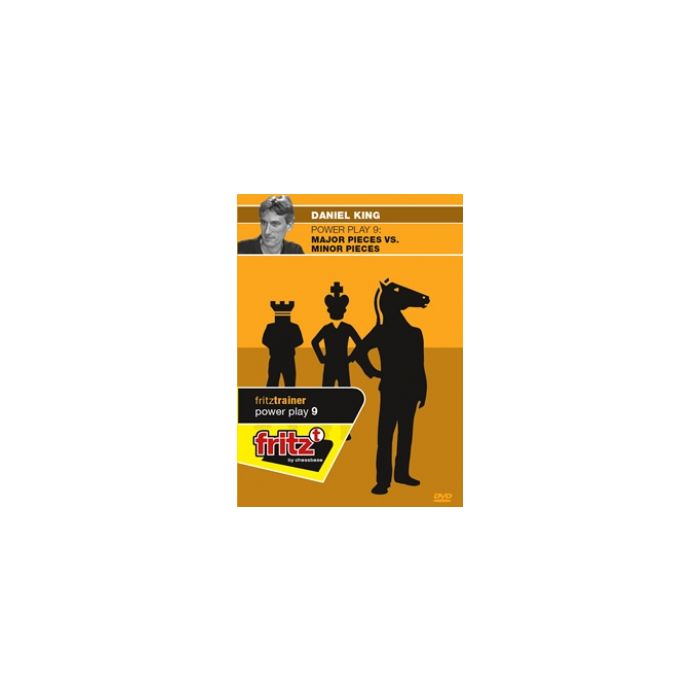 In this 9th Power Play DVD Grandmaster Daniel King discusses the theme of Major Pieces v. Minor Pieces. In other words, positions with the material balance of queen against rook and minor piece, queen against two rooks, and rook against minor pieces, including exchange sacrifices.

Sometimes a queen or rook is like an all-powerful giant, striding across the chessboard. So how can you best defend yourself against a queen? Or if you are battling with a bishop against a rook, what should your strategy be?

Among other things, Daniel King considers Topalov’s dynamic exchange sacrifices. These material imbalances are incredibly common – be prepared and take control. Throughout the DVD, specially selected positions will enable you to test your understanding of the subject.