From the opening to the middlegame
Author
Mihail Marin 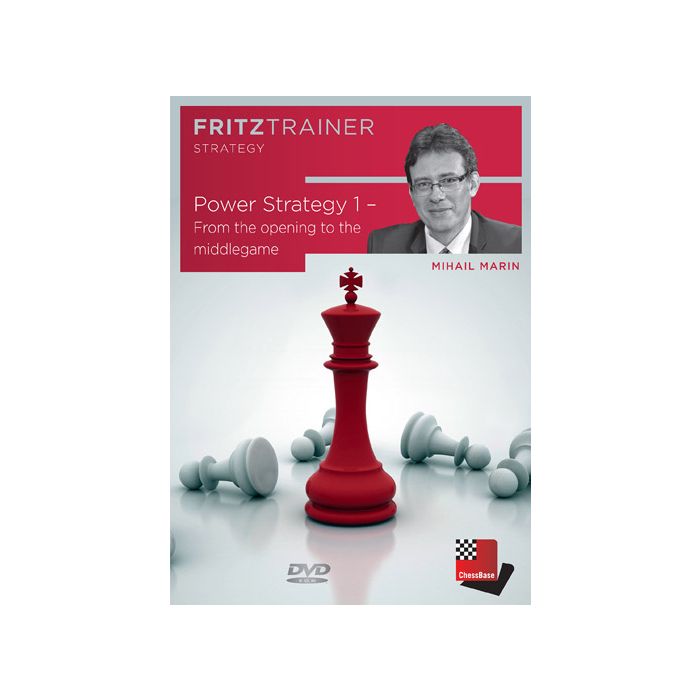 In chess, like in the real life, one frequently faces temptations: to grab a pawn, to occupy an open file, to start a kingside attack and so on. There is nothing fundamentally wrong with all these ideas, but before undertaking such concrete actions, one should be sure the position is ripe for it.

Chess is so complicated that making the right choice on the basis of calculation alone is not always possible. This is when general rules and principles come into play to to help us distinguish between what we would like to do – and what we should do. In other words, it is a matter of establishing the right order of priorities.

This series of DVDs aims to demonstrate the importance of taking proven principles into account before choosing the direction of your over-the-board calculations. The first DVD deals with the initial phase of the game, when the all the reigning principles can be crystalized into just one: DEVELOPMENT!

Deviating from the natural course of development for the sake of some illusory advantages is likely to lead one to the same fate as that of those sailors who fell under the syrens’ spell – ruin.

The DVD deals with a wide range of situations in which development and developing moves are the highest priority. After having watched the lessons on the right way to navigate from the opening to the middlegame, viewers are invited to test their skills with a host of quiz videos.