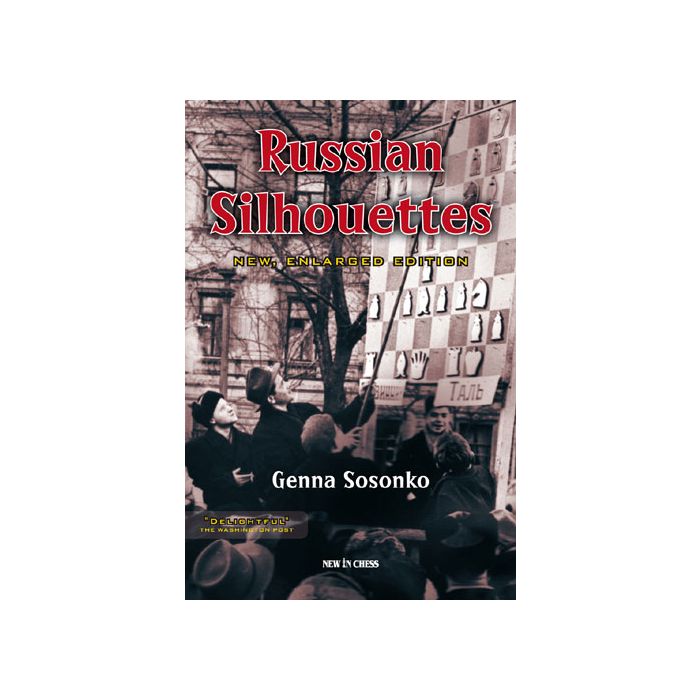 The dissolution of the Soviet Union marked the end of a unique chapter in the history of chess. With hindsight we can only marvel at the pivotal place the royal game occupied in the biggest country in the world.

Originally embraced by Lenin as ‘gymnastics of the mind’, chess developed into an ideological weapon during the Cold War. Supported by the Soviet leadership, chess champions, from Mikhail Botvinnik on, grew into symbols of socialist excellence.

As a respected trainer who became a world-class grandmaster after leaving Leningrad and moving to Holland in 1972, Genna Sosonko observes Soviet chess from a privileged dual perspective.

Combining an insider’s nostalgia with the detachment of a critical observer, he has produced unforgettable portraits of the heroes of a vanished age.

This is a new, enlarged edition of a modern classic.

A Journey to Immortality - Mikhail Botvinnik 31

The Summing Up - Grigory Levenfish 190


Shortlisted for the BCF Book-of-the-Year Award

Dominic Lawson, The Browser:
"Sosonko writes beautifully, better than any person who has written about the chess of the modern era."

Hans Ree, ChessCafe:
“The book is marvelously written (…) It is full of striking anecdotes, but they are never there for their own sake; they always serve to enrich the portrait that Sosonko paints.”

Chess Horizons Magazine:
“Sosonko can be rosily nostalgic, yet he can also be bluntly honest about his subjects,
their shortcomings and the era in which they lived.”

CHESS Magazine:
“Each character sketch is lovingly crafted (…) It’s an object lesson in cultural history and at the same time a deeply human document.”