Sam Collins: Open Games with ...Bc5

Sam Collins: Open Games with ...Bc5 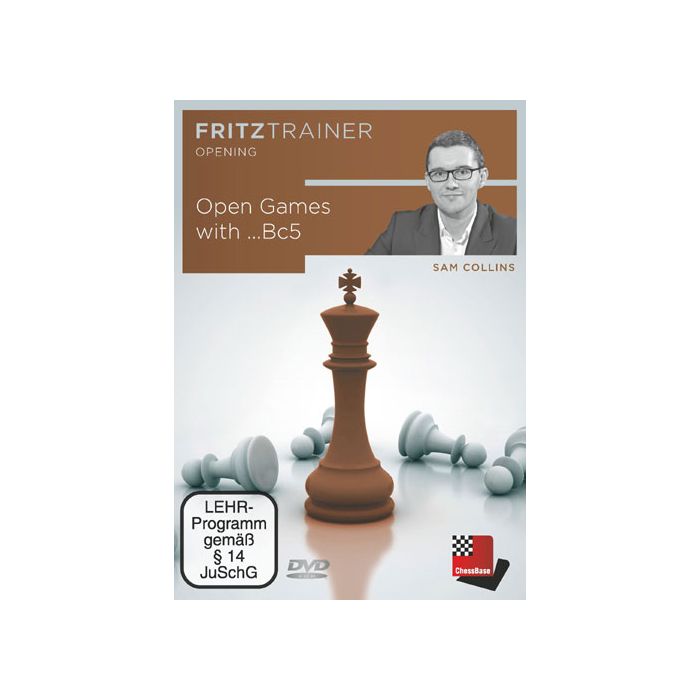 Experienced trainers often recommend playing positions with similar pawn structures, so that ideas learned in one variation can easily be transferred to another. With a similar objective, Sam Collins has designed a repertoire based on systems with …Bc5 after 1.e4 e5. Each of these lines (built around 3…Bc5 against the Ruy Lopez and the Italian, the Spanish Four Knights with 4…Bc5, 3…Bb4+ 4.c3 Bc5 against the Scotch, and 2…Bc5 against the King’s Gambit) share common aspirations of developing the bishop actively outside the pawn chain, fighting for control of the key d4-square and ultimately supporting attacking ideas on the kingside.

They also share common challenges, such as the risk of the bishop being buried by pawns on c3 and d4, the Nxe5! fork trick, and the potential for an unpleasant pin of Black’s king’s knight with Bg5. This DVD will equip players to play each of these lines as Black with confidence, and develop their understanding of an active and classical approach against 1.e4.

Sam Collins is an International Master from Ireland. He has two GM norms and has been national champion of Ireland and Japan. He has represented Ireland in eight Olympiads, winning a gold medal in Bled 2002. He has also produced several bestselling DVDs for Chessbase.