Cut Down on Opening Study and Get a Middlegame You Are Familiar With
Authors
Gerard Welling, Steve GIDDINS
Sample Pages 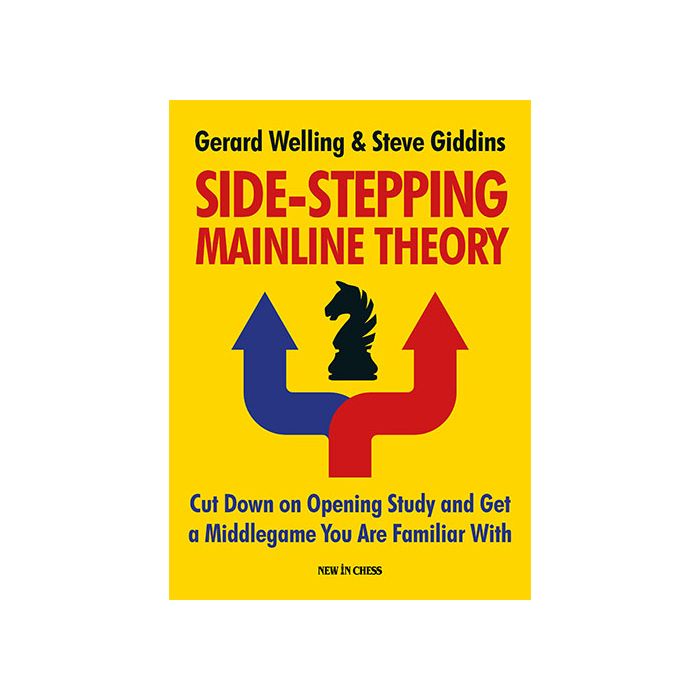 The average chess player spends too much time on studying opening theory. In his day, World Chess Champion Emanuel Lasker argued that improving amateurs should spend about 5% of their study time on openings. These days club players are probably closer to 80%, often focusing on opening lines that are popular among grandmasters.

Club players shouldn’t slavishly copy the choices of grandmasters. GMs need to squeeze every drop of advantage from the opening and therefore play highly complex lines that require large amounts of memorization. The main objective for club players should be to emerge from the opening with a reasonable position, from which you can simply play chess and pit your own tactical and positional understanding against that of your opponent.

Gerard Welling and Steve Giddins recommend the Old Indian-Hanham Philidor set-up as a basis for both Black and White. They provide ideas and strategies that can be learned in the shortest possible time, require the bare minimum of maintenance and updating, and lead to rock-solid positions that you will know how to handle. By adopting a similar set-up for both colours, with similar plans and techniques, you will further reduce study time.

Side-stepping Mainline Theory will help you to focus on what is really decisive in the vast majority of non-grandmaster games: tactics, positional understanding and endgame technique.

Gerard Welling is an International Master and an experienced chess trainer from the Netherlands. He has contributed to NIC Yearbook and Kaissiber, the freethinker's magazine on non-mainline chess openings.

“Welling and Giddins constructed a solid repertoire that could service a club player for many years. The most important strategic ideas are being explained in detail, and there is no need to worry about confusing move orders. A fascinating book.” -- International Master Mark Haast, Schaaksite

“The proposed repertoire has much to be said for it, not least radically cutting the amount of opening theory and middle games that need to be mastered. This repertoire will definitely allow students time to brush up on their endgames and tactics!” -- International Master John Donaldson

“A really good book for club players looking for an easy-to-achieve repertory. I recommend it without reservation and I think it’s also an excellent template for future opening books for club players.” -- Grandmaster Matthew Sadler, co- author of Game Changer

“I like this book a lot. It can solve the problems of those who are fed up with the continuously expanding amount of opening theory. At blitz I myself am switching on the Philidor autopilot quite often.” -- International Master Dirk Schuh

“The authors map out the main lines well, highlight the few precise sequences the reader simply must know, and especially demonstrate exactly what to aim for in the typical middlegames which arise.” -- CHESS Magazine