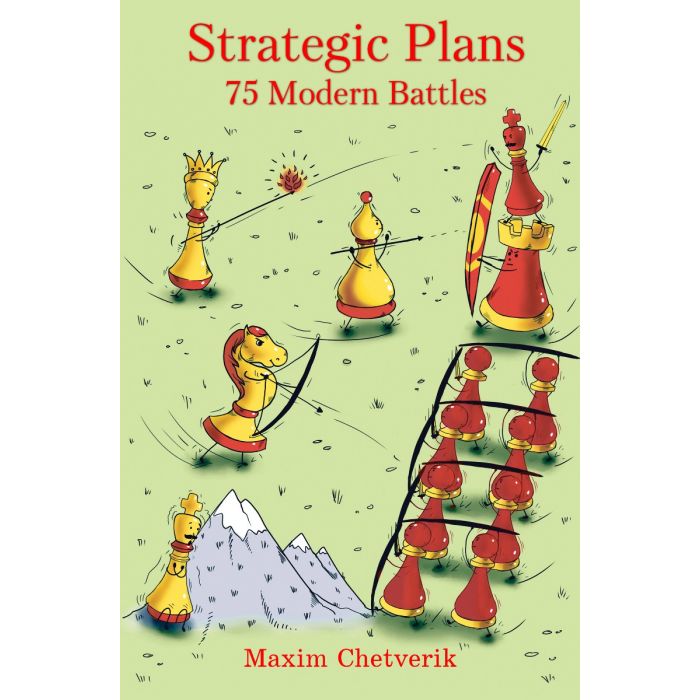 Russian International Master Maxim Chetverik has written a strategy textbook containing 75 deeply annotated positional games, that show players how to devise plans to handle a number of key strategic themes such as:

Unlike most other textbooks, the strategic plans are viewed as battles where the plans of each player clash, and Maxim analyzes why one plan comes out on top.

Also unlike most other textbooks, all example games are drawn from grandmaster play in the 21st century, some played in 2018, and consider the plans right out of the opening stage. This makes the book of particular value to players wishing to better understand the strategies that the openings they play may lead to, bearing in mind the author is an openings expert with ten openings books published. The majority of games are played by elite grandmasters, including Carlsen, Caruana, Anand, Kramnik, Karjakin, Giri, So, Vachier-Lagrave, Aronian, Mamedyarov, Nakamura, Gelfand, Svidler, Ivanchuk, Shirov, Leko, J. Polgar, Topalov, Kamsky, Morozevich, Korchnoi and Spassky.

Chetverik introduces and illustrates the concepts of "macroplan" and "microplan", which provide a simple structural framework for players seeking to devise plans in their own games. The macroplan is the specific way to achieve the required result (usually, a win), for example, the successful exploitation of a queenside pawn majority. The microplan is a way of solving a local problem that involves several moves, such as transferring a knight from a bad square to a good one. Ideally, a macroplan is a chain of sequential and carefully calculated microplans.

This book is largely aimed at strong club players wishing to improve, or their coaches. The recommended Elo range is approximately 1,800 – 2,200, although it may of course be of interest to players a bit lower and a bit higher than this range.