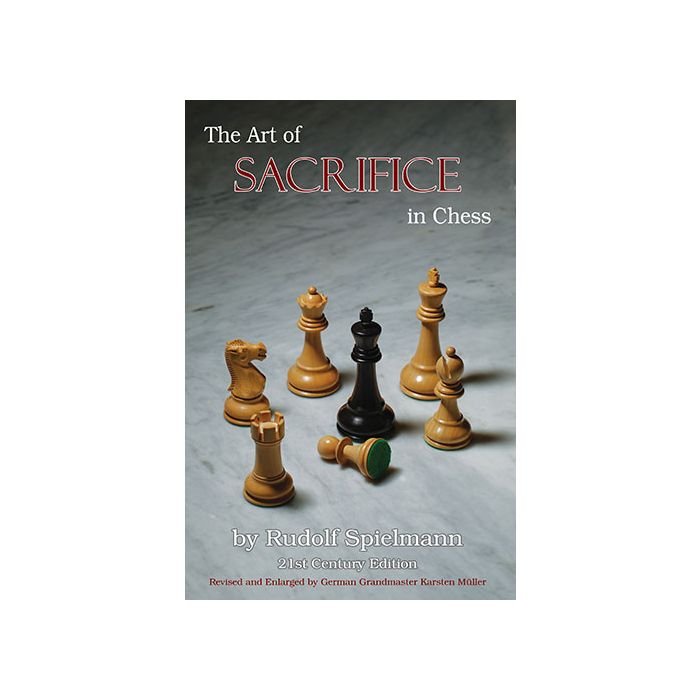 Austrian Grandmaster Rudolf Spielmann’s The Art of Sacrifice in Chess first appeared in the mid-1930s. It was immediately recognized as a classic, a masterpiece that examined the nature of chess sacrifices.

But the German grandmaster has gone far beyond simply inserting clarifying commentary.

Müller has virtually doubled the size of the original work by adding eleven new chapters, including:

There are exercises at the end of each new chapter to help you hone your skill of sacrificing.

Matthew Sadler, former British Champion:
"I love it. Spielmann's approach is sober and realistic (..) Many of his insights have stuck in my mind (..) Everyone should be rushing out to go and buy (this book)."