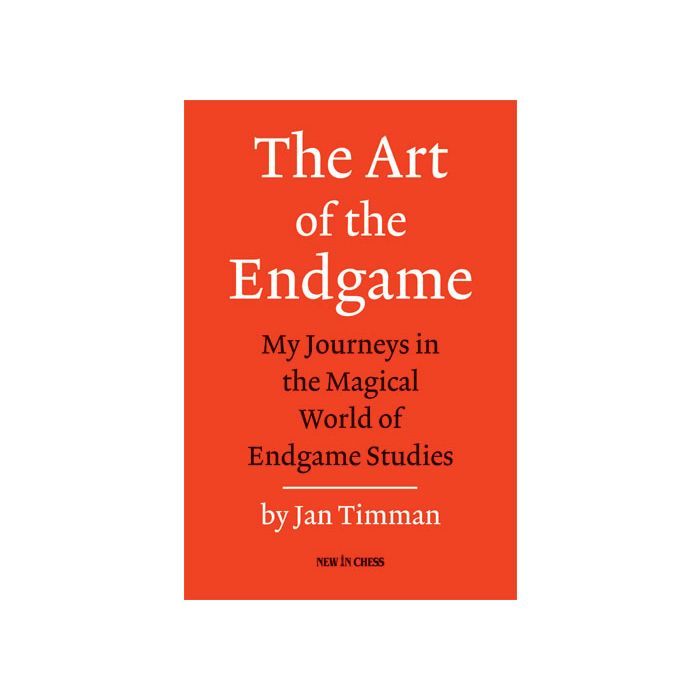 All through his career Jan Timman has been captivated by the mystery and splendour of endgame studies. Even during his most successful and busy years as a world class player, Timman continued to compose studies and admire those of others.

For him there has never been any doubt that the journeys in this magical world helped him to grow as a player.

In this fascinating book, Timman has collected a wide range of the finest endgame studies by other composers and explains in his lucid style how they inspired him to create dozens of brand-new studies himself.

As Timman writes in the preface: ‘Never before have I been so productive as an endgame study composer as in the seven months that I wrote this book. It was a sensational experience.’

The Art of the Endgame is a treasure-trove for the lovers of beauty in chess. But it is also of great value for competitive players. Solving endgame studies is a vital part of improving one’s endgame technique: it develops general understanding, calculation skills and resourcefulness.

Jan Timman is a former world championship candidate who rose to the number two spot of the FIDE world rankings. He is the author of several highly acclaimed bestsellers, such as 'Curacao 1962', 'On the Attack!', and 'Power Chess with Pieces'.

Uwe Bekemann, German Correspondence Chess Federation:
"A work that succeeds, which entertains and at at the same time makes you better at playing the endgame."

Marco Campioli, Torre & Cavallo:
"Not only a rich manual for the 'studista', but also quite useful for players, with endings to analyze and remember."

Steve Giddins, author of 'The Greates Ever Chess Endgames':
"Not to be missed at any price (..) I was absolutely knocked out by the quality of the content."

Michael Adams, The Saturday Telegraph:
"A true connoisseur (..) guides the reader through this intruiging facet of the game and shows his own stunning studies."

Harold van der Heijden, Schaaksite.nl:
"Highly recommended, not only for lovers of endgame studies, but also for chess players who are interested in the beauty of chess. Timman has the talent to take the reader by the hand into an Alice in Wonderland adventure."

Tim Krabbé, author of 'Chess Curiosities':
"[Timman] is one of the best makers in the world of perfect, breathtakingly beautiful small machines."

Simen Agdestein, VG Newspaper (Norway):
"Jan Timman was the hope of the West in my youth and I've always fancied his style. And I share his fascination for endgame studies as well, so this book struck me as interesting right away."

Harald Keilhack in Schach Magazine on 'Power Chess with Pieces':
“Where Garry Kasparov likes to hide behind thick trees with variations, Timman always makes sure that the reader fully understands why the game develops the way it does.”

IM John Watson in TWIC on 'Curaçao 1962':
“Will be enjoyed by lovers of the game fo