The Art of the King's Indian

The Art of the King's Indian 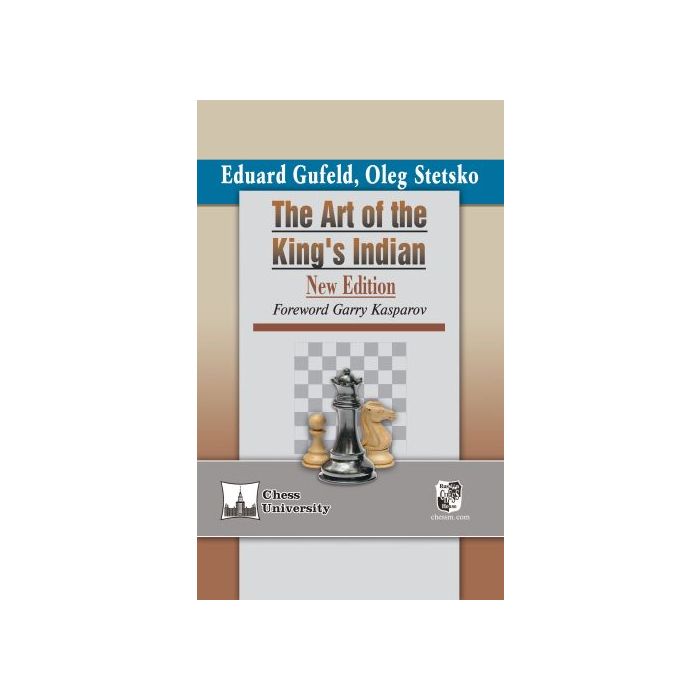 This book is a comprehensive 2014 update of the classic manual on the King’s Indian Defence by Eduard Gufeld.

The King's Indian is one of the most exciting ways for Black to play against 1.d4. It has been a regular feature in the games of great attackers like Mikhail Tal, Bobby Fischer and Garry Kasparov, all of whom have used it to create the type of unbalanced positions which every aggressive player likes.

The KID remains a very popular choice at club level as well.

Variations covered in this book include Sämisch Variation, Classical Variation, Four Pawns Attack, as well as many sidelines.

This is by far Gufeld's best book ever, and it offers one of the best explanations avalaible of the principles, the ideas, the strategies and the tactical patterns of the Kings Indian. This NEW edition has been improved, expanded and updated thoroughly by IM Stetsko.

With a Foreword by Garry Kasparov.

Eduard Gufeld made a valuable contribution to the theory of sharp opening systems including in particular the King's Indian Defence and the Dragon Variation of the Sicilian Defence. He seconded the outstanding GM's Leonid Stein and Yefim Gelle, and he trained the women's world champion Maya Chiburdanidze.

Oleg Stetsko is a Soviet chess master, senior trainer of the USSR national team during its last appearances in 1985-1989, a journalist, and since 1993 a contributor to the magazine 64. He has written a number of topical chess books, including one on the games of Magnus Carlsen.

IM Andrew Martin, ChessPublishing:
"Gufeld is one of the finest King’s Indian practicioners, his games should be thoroughly studied (..) Unusually for a chess book, this is a first-class read."

GM Glenn Flear, co-author of 'Dangerous Weapons: The King's Indian':
"Stetsko isn't necessarily seeking to give the ultimate theoretical word, but in the lines that I checked, he's nevertheless on the ball (..) One can think of [the book] as model games with reasonable theory, rather than model theory with reasonable games. These are analysed in such a way that the key moments in the middlegames are discussed with feeling. It is even arguable that the reader would learn more about that phase of the game than any new twists from the opening."

Wil Liburn-Quick, CHESS Magazine:
"The annotations are done in a way whioch should help club players to gain an understanding of the opening, whilst those who already play it will gain a deeper understanding."