A Complete Repertoire For White Against 1.e4 e5
Author
Sergey Tiviakov
Out of stock 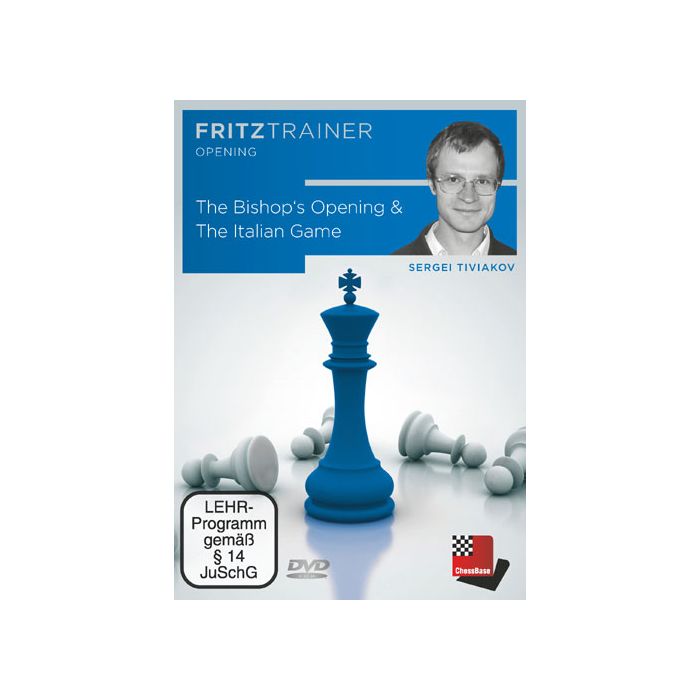 Several years ago ChessBase released a DVD focusing on attacking in the Italian Game and Ruy Lopez – it was met with a great deal of positive feedback.

Based on the overwhelming number of reader requests, they decided to get to work on another DVD on the subject, concentrating not only on the attacking ideas, but also providing a complete repertoire for White players in both the Bishop’s Opening & the Italian Game - avoiding the very unpleasant Petroff.

Studying the content of this DVD and adding these openings to your repertoire will provide players with a very strong tool to fight 1...e5 - as the practice of the author clearly demonstrates.

With a score of 75% based on 151 games, both openings score higher than average.

The DVD contains several databases, including separate files with high-quality annotated games and games played by the author not yet published anywhere else.

The main database (a compilation of all currently available games) contains 385,000 entries – so you need nothing other than this DVD to master the Bishop’s Opening & the Italian Game!