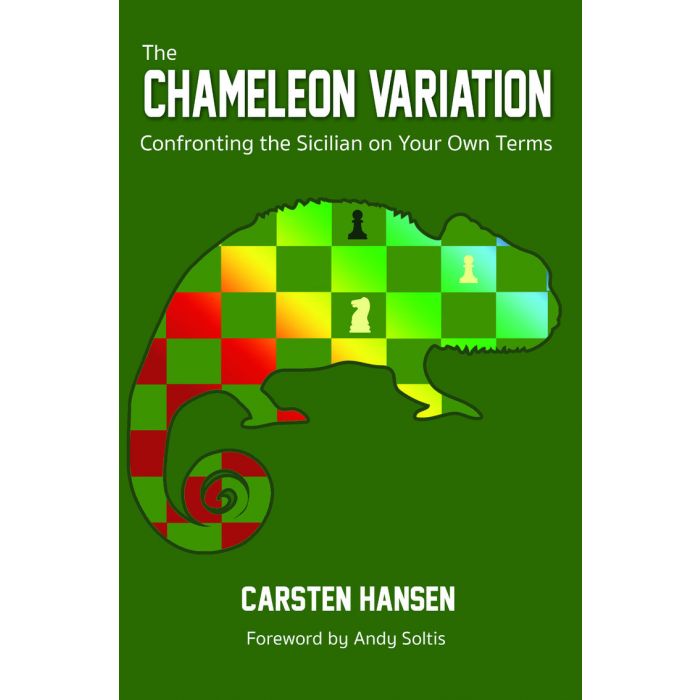 In 1982, the late Ken Smith’s publishing house Chess Digest published the first edition of Andy Soltis’ small monograph Beating the Sicilian, The Chameleon Variation. It was well received and a second edition came out in 1990. It proposed a very flexible way for White to handle the Sicilian Defense using the move order 1.e4, 2.Nc3 and 3.Nge2. It kept most of White’s options open and allowed White to lure Black into unfamiliar territory.

The Sicilian jungle is vast. Unless you have a massive amount of time on your hands, it is an exhausting task to keep a sharp opening repertoire together against Black’s numerous possibilities. It does not mean that it is impossible, nor does it mean that you shouldn’t do it. But for the average player with an average amount of time available for chess studies, it is important to pick the right battles. This is where our weapon, the Chameleon Sicilian, comes in handy.

Would you be interested in possibly tricking Black into playing something he would otherwise not be inclined to play? That’s where the Chameleon is useful!

Aside from its flexibility, the greatest strength of this opening is that it is so relatively unexplored. For some of the sub-variations, the author has used most of the master games that he could find; for other lines, only the most relevant games. In any case, there are plenty of opportunities to explore further and find ideas of your own. This is fertile ground and your seeds could well sprout to become new branches of theory.

Danish FIDE Master and FIDE Trainer, Carsten Hansen is a recognized opening specialist who has authored numerous books on all phases of the royal game. His recent books cover the Sicilian Najdorf, the Queen’s Indian Defense and the main line Ruy Lopez.

GM Repertoire 1.e4 vs The Sicilian I