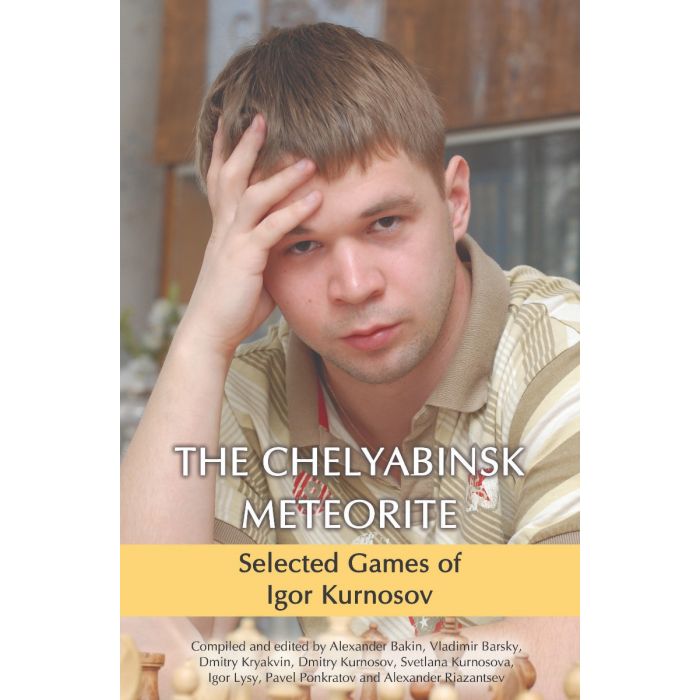 This book contains fifty illustrative games and a career overview of Chelyabinsk grandmaster Igor Kurnosov, who was tragically hit and killed by a car in 2013 at the age of just 28. At his last tournament prior to his death, Igor attained a super-grandmaster tournament performance rating in excess of 2700.

Kurnosov left an indelible mark on the chess world—he was a Russian youth champion, a member of the Russian national team that won the world student team championship and the Tomsk-400 team that finished first at the Russian championship. He won or placed highly at dozens of international tournaments.

The games in this book, with highly instructional commentary by Kurnosov’s friends and colleagues, or sometimes by Kurnosov himself, are filled with blistering attacks and subtle endgame play. They have been selected in part to demonstrate the progression of his career, rather than being his absolute best games. Igor had several signature openings, but he undoubtedly is best known in the chess world as a master of the Grunfeld Defense. According to Grandmaster Dmitry Bocharov in this book, Igor was one of the world’s leading experts in the Grunfeld.

Igor was a sophisticated analyst, and many of his opening ideas are still relevant to this day. This book will be useful for both beginners and highly-rated players to improve.

Commentators in this book include such well-known grandmasters as Ernesto Inarkiev, Roman Ovechkin, Dmitry Kryakvin, Sergei Rublevsky, and Kateryna Lahno, while his opponents in these games include such names as Boris Gelfand, Shakhriyar Mamedyarov, Ian Nepomniachtchi, and Dmitry Andreikin.