The King in the Centre
Author
Robert Ris
Out of stock 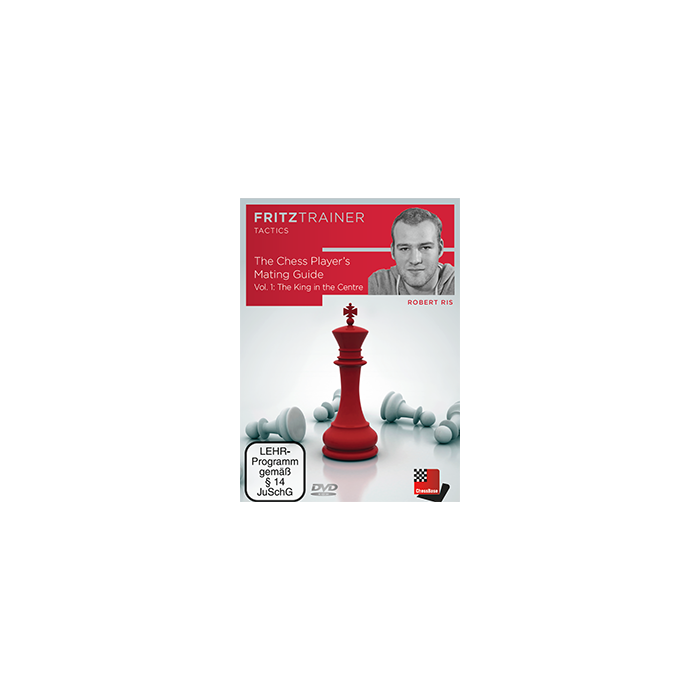 One of the first lessons you learn in chess is to bring your king into safety by castling – be it on the kingside or the queenside - after having developed your minor pieces.

By ignoring this rule of thumb, not only may your king end up in trouble, but your other pieces and in particular, your rooks, may never end up playing much of a role, and before you know it, things are looking grim.

Even at the highest level, the consequences of neglecting this basic element of opening theory has been frequently underestimated.

In this first volume of the new Mating Guide series, the emphasis will be on how to exploit a vulnerably placed king in the centre.

With 10 chapters, 20 illustrative games and key themes including a lead in development, preventing castling, the open e-file and different kinds of sacrifices, this DVD will show you everything you need to know to master mid-board showdowns.

The level of the content means it is relevant to both beginners as well as master level players - as both elementary examples (also from my own practice) as well as classical attacking games by elite grandmasters are analysed in detail.

After thoroughly studying the training material, you will be challenged to test your knowledge by solving the 10 training exercises.

A must-have for ambitious chess players who want to improve their own attacking skills or enjoy the beauty of attacking play!