An Interactive Training Video
Author
Rustam Kasimdzhanov
Out of stock 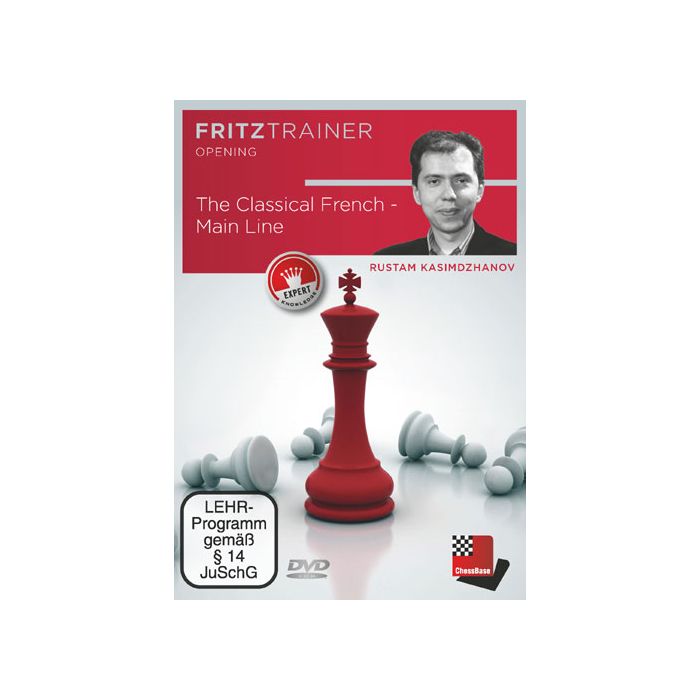 This DVD looks at one of the most important lines of the French Defence.

Thorough analysis of the trendy lines, and lots of new ideas for both White and Black make this DVD a must-have for any French player!

Born in 1979, the Grandmaster from Uzbekistan, Rustam Kasimdzhanov, has firmly established himself among the global elite as a very strong and imaginative player.
In 2004, he shocked the chess world by winning the FIDE World Chess Championship after beating a string of world-class players that included Ivanchuk, Grischuk, Topalov and Adams.

Kasimdzhanov is a very deep player, able to explain even complicated opening ideas in an eloquent and lucid style, making things understandable for players of every level.
Kasimdzhanov is regarded as one of the world’s leading opening experts, and worked as Vishy Anand’s second in his World Championship matches against Kramnik, Topalov and Gelfand.
He was also the opening trainer of the German national team when they won the European Team Championship in 2011.