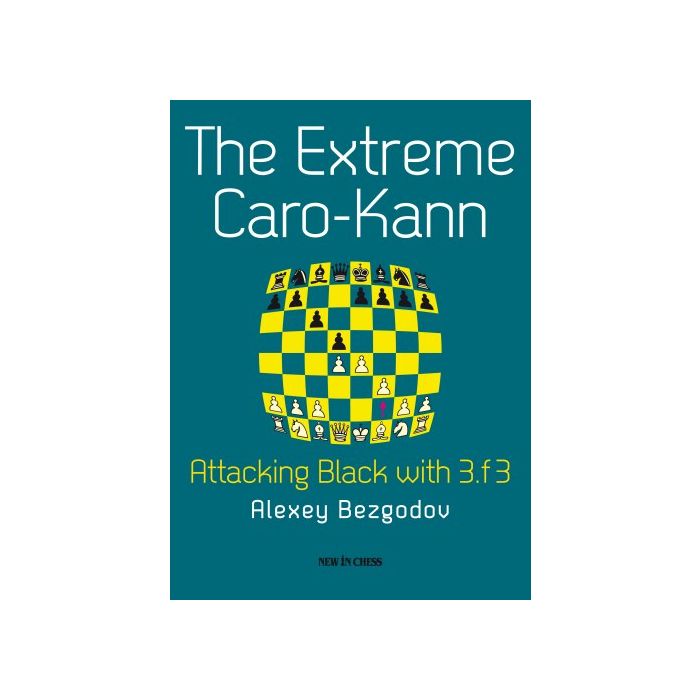 The Caro-Kann Defence has become one of the most important and popular replies to 1.e4. Its ‘solid’ and ‘drawish’ reputation no longer applies in modern chess. In fact, White could do with some new ideas to fight for an advantage in this chess opening.

This strange-looking move was already played by former greats Geza Maroczy and World Champion Vassily Smyslov, but the idea has come to fruition in the hands of modern world-class players like Vassily Ivanchuk, Alexander Morozevich and Judit Polgar.

The move 3.f3!? considerably complicates life for Caro-Kann players, as it makes Black’s main problem bigger: the development of his bishop on c8.

White’s chances to obtain an advantage are substantial, as Bezgodov shows in this fascinating new chapter in modern chess opening theory, packed with new resources, original analysis, clear explanations and dozens of tests.

Alexey Bezgodov (1969) is a Russian chess grandmaster and writer. He was Russian Champion in 1993 and came shared first in the 1999 Ukrainian Championship. In 2004 he published Challenging the Sicilian with 2.a3!?, another highly original chess opening book

Martin Rieger, SchachWelt:
"A very good and honest opening book with serious and deep analysis. The many novelties and new ideas make this system a weapon against the Caro-Kann that one should not underestimate."

GM Glenn Flear, author of 'Starting Out: Open Games':
"'The Extreme Caro-Kann' effectively takes Black out of his comfort zone, which isn't an easy task against this defence (..) An excellent book from Bezgodov. The author has certainly persuaded me that 3.f3 is more than just a surprise weapon. So Caro-Kann practitioners should get hold of this book before their future opponents do!"

Richard Vedder, Schakers.info:
"Choke-full of surprising variations. This system turns out to be perfectly playable."

Marshtower Chess Reviews:
"Unprepared opponents who run into 3. f3 will struggle to get the sort of game they are hoping for and could well end up on the wrong end of a crushing miniature."


Carsten Hansen, ChessCafe:
"This book is very good. It covers the subject in detail and fairly objectively and it provides an amazing amount of new ideas and analysis for both sides (..) It is a minor line, but one with a certain sting and it is finding a larger following than in previous years."

Lukas Wedrychowski, DailyChess.org:
"Bezgodov’s recommendation is really interesting and leads to types of positions that one doesn’t see in the main lines (..) It is definitely worth a try and not just in Blitz. The analysis is convincing."

Alan Dommett, British Chess Magazine:
"A book that I thoroughly enjoyed and found most absorbing."

Todd Andrews, Chess Life Magazine:
"GM Alexey Bezgodov does a good job of explaining the purpose and tactical ideas behind the moves. Also, the format of this book is excellent for giving a new chess player a glimpse into the world of how master players learn their systems."

Schach Magazin 64:
"Provides a detailed overview of all variations and many practical examples. The chapter with exercises is quite good."