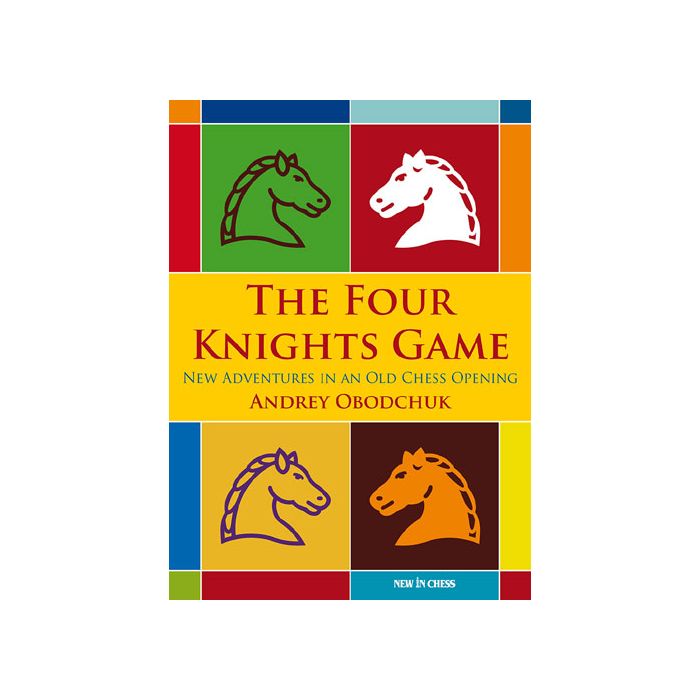 The Four Knights Game is one of the oldest chess openings and continues to be a popular choice among beginners and club players.

In recent years leading grandmasters such as Alexey Shirov and Emil Sutovsky have injected the Four Knights with numerous fresh ideas and changed its peaceful reputation.

White has quite a few ways to create tension and play for the attack. Russian International Master Andrey Obodchuk has written a repertoire book for white players based on the Spanish Four Knights variation (starting with 4.Bb5).

Covering a range of positional themes as well as sharp and amazing adventures, Obodchuk has created an easy-to-handle toolbox for amateur chess players of intermediate level, as well as a challenging exposition for stronger players.

Andrey Obodchuk is an International Master from Khanty-Mansiysk, Russia. He writes for international chess publications and works as a coach. He was the IPCA (physically disabled) World Chess Champion in 2010 and prolonged this title in 2011.

Carsten Hansen, ChessCafe:
"Obodchuk presents a repertoire for White that is simple enough for avarage players to adopt, yet sufficiently challenging for use by stronger players."

Colin Lyne, British Chess Magazine:
"Obodchuk's book is excellent for its coverage of the 4.. Nd4 (Rubinstein) Gambit, which runs to almost 90 pages. It is a favourite of Kramnik who beat Short with it at the London Chess Classic in 2011 (..) With many top class games and excellent analysis."

Gary Lane, Chess Moves Magazine:
"It is rare to hear the Four Knights even dicussed which means you will have a big surprise against club players (..) Obodchuk does a good job of analysing the critical lines with an understandable bias for White."

Rick Kennedy, ChessVille:
"Readers (..) will increasingly discover that Black needs to be well-prepared, understand a lot of chess strategy, and be alert to wrestle White's 'plus-equals' down to a simple 'equals'"

Max Euwe Centre, Amsterdam:
"In this solid work the author presents the current state of affairs and concludes that there is quite some room for research."

Martin Rieger, Europa Rochade Magazine:
"An opening one does not see often and which has enough unexplored terrain to offer rich opportunities for researchers and adventurers."

Richard Vedder, Schakers.info:
"This is an excellent book for White players looking to include an easy to learn opening in their repertoire."

Marshtower Chess Reviews:
"One advantage of trying this old opening is that your opponent may not be familiar with the most accurate responses."