The Hypermodern Game of Chess

The Hypermodern Game of Chess 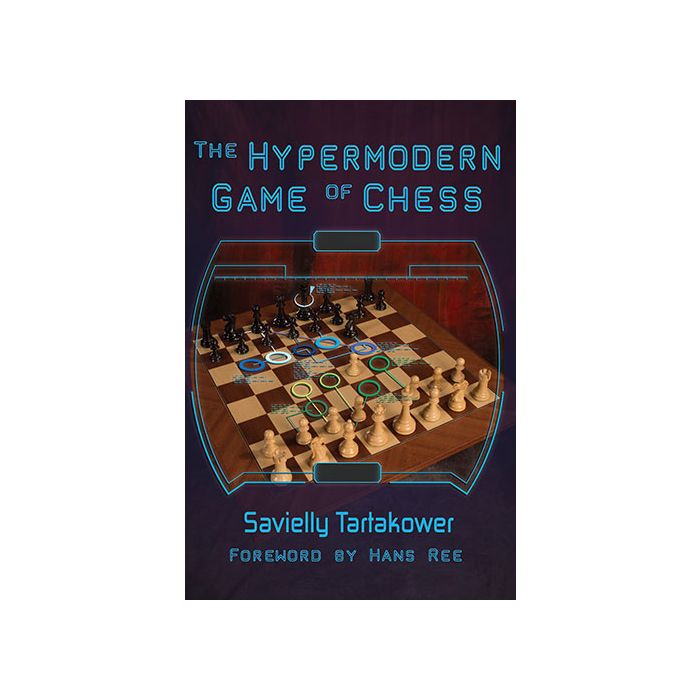 The decade after the First World War was one of exciting change for the royal game. A new wave of dynamic chess was taking shape, led by the young lions Alekhine, Réti, Nimzowitsch, Breyer, Euwe, Tartakower and others. They were successfully asserting their new ideas against the Old Guard.

It was in this period that Savielly Tartakower’s magnificent work Die Hypermoderne Schachpartie was first released. A massive tome of over 500 densely packed pages, the first edition was published in German in 1924. It was an instant best-seller and a second edition soon followed with corrections and additional material.

At first glance, it appears to be an opening manual with incredibly comprehensive notes. But in fact it is much more. There are essays on strategy, tactics, endings, history and other chess-related topics, all presented in Tartakower’s wonderful writing style.

However, don’t be fooled by the witty aphorisms and humor. The scope and depth of Tartakower’s annotations would be unmatched until ChessInformant came along in the 1960s. And the rise of the silicon monsters notwithstanding, there is much fertile opening theory to be found and explored.

The Hypermodern Game of Chess is the first English-language work of the Second Edition. Several hundred diagrams have been added and some reformatting of the text has been done to meet the expectations of 21st century readers. In every other respect, it preserves all the comprehensive content.

The Hypermodern Game of Chess is now available in English. See why it has inspired generations of chessplayers. See why Tartakower’s magnum opus is, as they say, the stuff of legend...

From the Foreword by Hans Ree:
"'The Hypermodern Game of Chess' is the most cherished book in my chess library (..) It is a serious book that offers more than a hundred well-annotated games, endgame lessons and detailed opening analysis which made it a manual of off all current openings of that time, something that was still possible in 1924. It is also a light-hearted book; a treasure of aphorisms, photos and brief biographical sketches of the great players, and contemplations about the world outside chess."