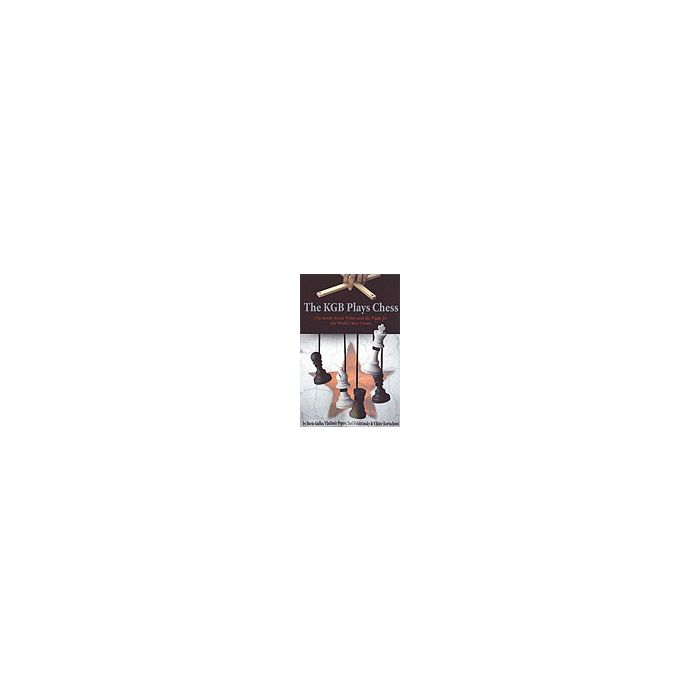 The KGB Plays Chess is a unique book. For the first time it opens to us some of the most secret pages of the history of chess.

The battles about which you will read in this book are not between chess masters sitting at the chess board, but between the powerful Soviet secret police, known as the KGB, on the one hand, and several brave individuals, on the other.

Their names are famous in the chess world: Viktor Kortschnoi, Boris Spasski, Boris Gulko and Garry Kasparov became subjects of constant pressure, blackmail and persecution in the USSR. Their victories at the chess board were achieved despite this victimization.

Unlike in other books, this story has two perspectives. The victim and the persecutor, the hunted and the hunter, all describe in their own words the very same events. One side is represented by the famous Russian chess players Viktor Kortschnoi and Boris Gulko.

For many years they fought against a powerful system, and at the end they were triumphant. The Soviet Union collapsed and they got what they were fighting for: their freedom.

Former KGB Lieutenant Colonel Vladimir Popov, who left Russia in 1996 and now lives in Canada, was one of those who had worked all his life for the KGB and was responsible for the sport sector of the USSR.

It is only now for the first time that he has decided to tell the reader his story of the KGB’s involvement in Soviet Sports. This is his first book, and it is not only full of sensations, but it also dares to name names of secret KGB agents previously known only as famous chess masters, sportsmen or sport officials.

Just a few short years ago a book like this would have been unimaginable. Read this book. It is not only about chess. It is about glorious victory of the great chess masters over the forces of darkness.

Marshtower Chess Reviews:
"A gripping study of fear, paranoia and the struggle of the individual against the powerful system. My only complaint is that there isn't more of it, as it makes for compulsive reading."

Arne Moll, ChessVibes:
"The book, and especially the lengthy chapter written by Gulko, made a deep impression on me of which I am still recovering (..) You should read this book (..) An inspiring testimony of hope, courage and human survival."

Richard Vedder, SchakersInfo:
"Machinations, harassments, exciting stories. This book is indispensable for those who like chess history."

David Surratt, ChessVille:
"The book serves to confirm much of what so many have whispered and written about over the years."