Learn the ins and outs of the King's Indian Attack.
Authors
Jerzy Konikowski, Ullrich
Sample Pages
Out of stock 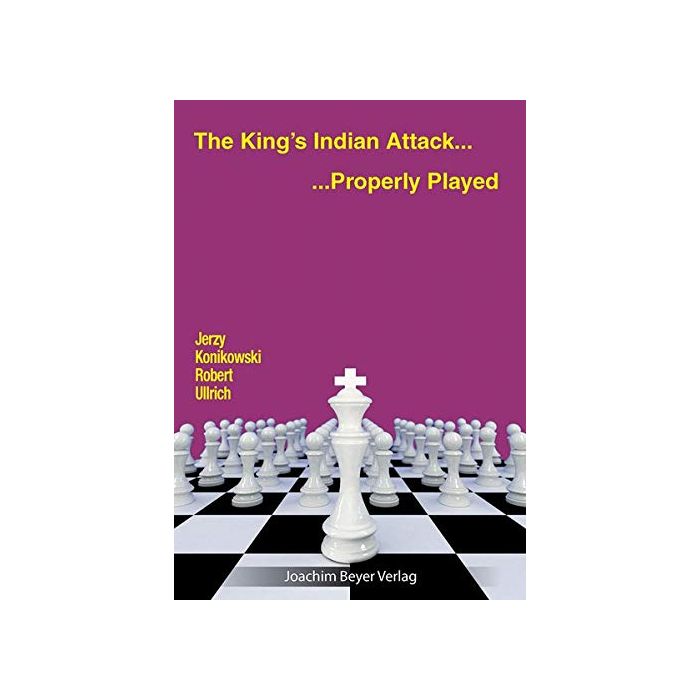 Any player who prefers to rely on main lines will be well acquainted with the problem of the sheer masses of opening theory. And as they do not stop growing, there's always the risk that sooner or later they will grow over one's head.

Therefore, the wish for a simpler approach is understandable. The wish for an opening that does not necessarily aim for the earliest possible advantage. The wish for general conditions which ensure that the beginning of the game can be carried out without great risks and that the actual combat action begins in the middle game. And, indeed, such an opening does exist - the so-called 'King's Indian Attack'.

It offers a strategically interesting approach to the treatment of the opening which allows one to avoid all elaborate lines. In a simplified way one might call it: a lid that fits every pot. White initially only puts the king's pawn in the center. Then he turns it into a very solid central bridgehead and develops his forces in the spirit of the 'King's Indian Defence'. And what happens next depends on the defence that Black is going to choose. And far from being 'second-rate stuff', this opening must be taken very seriously. This becomes clear after a look at which top players have or had it in their repertoire. We only want to mention (representative of many others) the reigning World Champion Magnus Carlsen and the former World Champion Mikhail Botvinnik right now. Hear about others in the book.