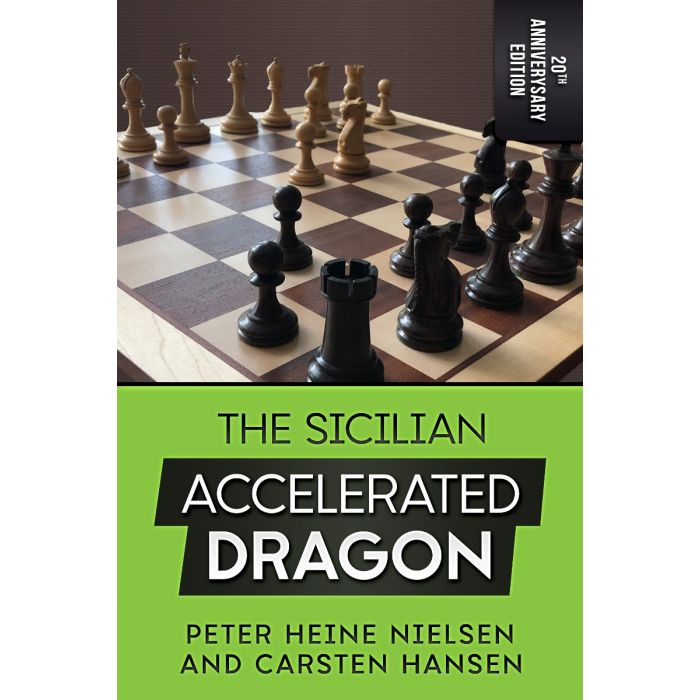 In 1998, the authors set out to demonstrate the viability of the Accelerated Dragon as a weapon for Black, not fearing the Maroczy Bind or any other set-up White can come up with.

In the intervening years, the opening has been part of the opening repertoires of world top players such as Carlsen, Ivanchuk, and numerous other top grandmasters.
Even though the original material is now older, it is still very instructive and will enhance anyone's general understanding of chess and, specifically, of the Accelerated Dragon.

This book contains all the original material of the first edition with some additional main games as well a couple of entirely new segments.

Peter Heine Nielsen is by now a familiar name in chess circles, having been the main coach in six successful World Championship matches for World Champions Vishwanathan Anand and Magnus Carlsen, he has won FIDE Trainer Commission's Coach of the Year award in 2016 and a top grandmaster in his own right, with a peak rating of 2700.

Carsten Hansen is a FIDE Master & FIDE Trainer who is the author of 27 chess books on all phases of the game, as well as being a regular contributor to New In Chess Yearbook and a columnist for American Chess Magazine and the Danish quarterly Skakbladet.