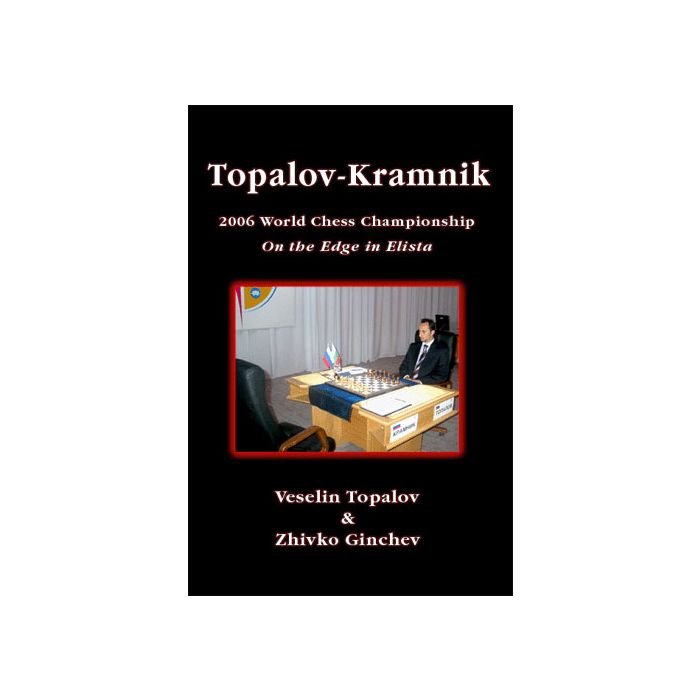 The Clash of the Titans

Two world champions, in a class by themselves. The profound Russian World Champion Vladimir Kramnik, who had defeated the seemingly invincible Kasparov to take the "classical" world title in 2000.


The brilliant Bulgarian Challenger Veselin Topalov, ranked No. 1 in the world, winner of the FIDE title in 2005. The immovable object versus the irresistible force.

Not since Bobby Fischer had faced Boris Spassky in Reykjavik in 1972 had the chess world seen such a tumultuous, controversial title bout with such major implications for the future of world chess.

The match had it all: deep positional play, razor-sharp tactics, accusations of cheating and political interference, threats of lawsuits, and even a game forfeited under protest.

This is Veselin Topalov's very personal account of his 2006 world championship match against the reigning world champion Vladimir Kramnik. With the help of co-author Zhivko Ginchev, Topalov shares his thoughts, hopes and fears as he fought for the most prestigious title in the chess world.

ChessToday:
"Unusually emotional and personal (...) [Topalov's] analysis of the games is superb (...) The book gets 5 out of possible 5 stars."

British Champion GM Jacob Aagaard:
"Gives us a weird insight into what made Topalov the most hated player in chess history (...) highly entertaining and enlightening (...) great chess."

Derek Grimmel, ChessCafe:
"May have no equal in chess history (...) A book about both the scandal and the match, at times entertaining, at others infuriating, and never dull."

Johan Hut, Schakers.info:
"In his analyses Topalov describes in detail what he thought during the games (...) An important historical ducument."

Mark Donlan, Chess Horizons:
"Topalov relates his personal experiences and feelings during the match and shares his views of chess history and the current state of chess (...) Whether you agree with him or not this book is an interesting read. Highly recommended."

Cor Jansen, PZC:
"Topalov's description of the most spectacular game, the second, is absolutely wonderful."

ChessVibes:
"[I]n-depth analysis by Topalov (...) [H]e shares his personal thoughts and feelings about the match and also about the situation in the chess world (...) One of the most curious books I have read in a long time (...) The key theme in the book is the ever-present fear and suspicion against Russia."

John Watson, The Week In Chess:
"I can unequivocally recommend the book for Topalov's great notes. It is, after all, a World Championship annotated by one of the participants in great detail, which makes it essential for most chess fans' bookshelves."