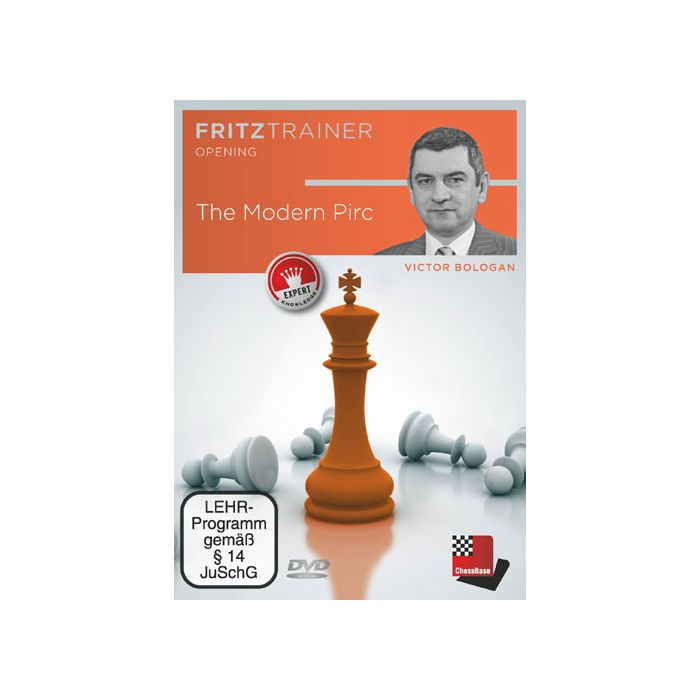 Viktor Bologan has played the Pirc all his life and explains why he likes this opening: “Strong Grandmasters, International Masters or amateurs often ask me what they should play with Black against 1.e4 if they want to play for a win. Sometimes I say ‘Just play your opening and play it good’ but sometimes you need to or want to get your opponent out of his comfort zone, out of his preparation. This often happens in open tournaments where you have to play for a win with both colors.

I have played the Modern Pirc all my life and it has brought me a lot of success. For example, in the New York Open 1997, the strongest open of that time, I won four games with Black in the Modern Pirc which helped me to win the tournament. The Modern Pirc is actually a mixture of the Caro-Kann and the Pirc. In many lines Black combines the ideas of the classical Pirc in which the fianchettoed bishop is important with the Caro-Kann idea to fight for the center with c6-d5. The Modern Pirc is a very flexible and rich opening. By studying The Modern Pirc you will definitely refresh your chess brain and get a lot of new ideas.” The DVD offers Black a complete repertoire against e4 and is useful for players of all levels.

Victor Bologan is a pupil of the top Moldovan trainer Vecheslav Chebanenko. For many years Bologan has been the number one in Moldova and has represented his country in ten Chess Olympiads. He has won over 50 international events. His greatest successes were in 2003, when he first won the Aeroflot Open and then the famous Dortmund Tournament, ahead of Kramnik and Anand. Bologan has extensive experience as a trainer and has also published five chess books and 22 ChessBase DVDs.